Ind vs Eng 2021: Virat Kohli on the cusp of breaking Ricky Ponting’s record 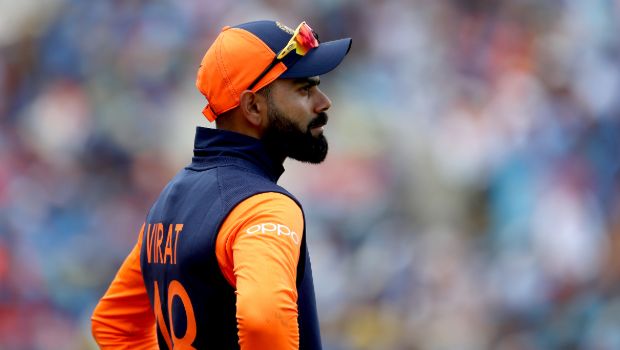 The Indian captain Virat Kohli looked in fine form in the second innings of the first Test match at Chennai. Kohli scored a fine knock of 72 runs and batted at the top of his game.

However, Kohli’s innings was ended when Ben Stokes bowled a grubber and it breached the Indian captain’s defense.

Kohli is the fulcrum of the Indian batting order and he will look to get a big score under his belt. The talisman was dismissed after scoring only 11 runs in the first innings. Kohli has got off to starts in the last couple of Test matches but he hasn’t been able to get a massive score.

Thus, if Kohli reaches three figures in the second Test match at Chennai, he will leapfrog Ponting’s record. Kohli has scored a total of 70 centuries in International cricket.

In fact, there are a lot of similarities between Virat Kohli and Ricky Ponting. Kohli like Ponting is aggressive in his approach and he is one of the most consistent batsmen in the world.

On the other hand, Axar Patel is now fit for selection for the second Test. As a result, Shahbaz Nadeem, Rahul Chahar, and KL Rahul have been added to the list of reserve players. Meanwhile, England’s gun fast bowler Jofra Archer has been ruled out of the second Test match due to an elbow injury.