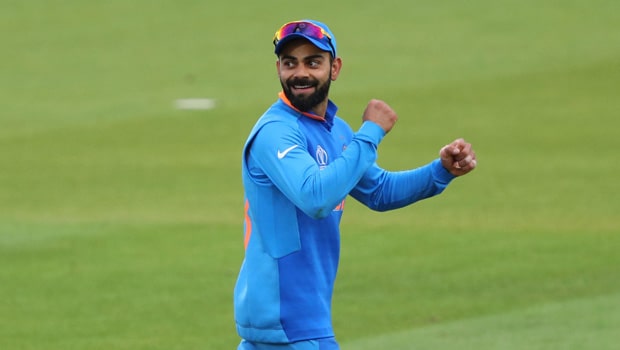 The Indian skipper Virat Kohli is on the cusp of breaking Ricky Ponting’s elite record. If Kohli scores a century in the ODI series opener against England, he will go past Ricky Ponting’s record. The former Australian captain had scored 41 International centuries as the leader of the team and Kohli has also scored 41 hundred as an Indian captain.

Meanwhile, Kohli had scored his last International century back in 2019 in the pink-ball Test match against Bangladesh at Eden Gardens. In fact, 2020 was the first year in Kohli’s career after his debut year in 2008 in which he couldn’t score a century.

Kohli has scored a total of 70 centuries in his International career and one more hundred will help him level Ricky Ponting’s tally of 71 hundreds. On the other hand, Kohli also has a chance to match Sachin Tendulkar’s record.

Meanwhile, Kohli was in top form in the five-match T20I series against England. Kohli had amassed 231 runs in the five-match series at an unbelievable average of 115.50. Thus, the Indian skipper was awarded the Player of the series for his prolific performance.

Kohli had scored three fifties in the series and India won two out of three matches. The talisman opened the innings in the final T20I with his deputy Rohit Sharma. Kohli scored a sublime unbeaten knock of 80 runs as he batted at the top of his game. Consequently, the right-hander will look to continue his prolific form in the ODI series.

Meanwhile, Krunal Pandya and Prasidh Krishna will make their debuts in the first ODI against England. Eoin Morgan has won the toss and he has decided to bowl first.