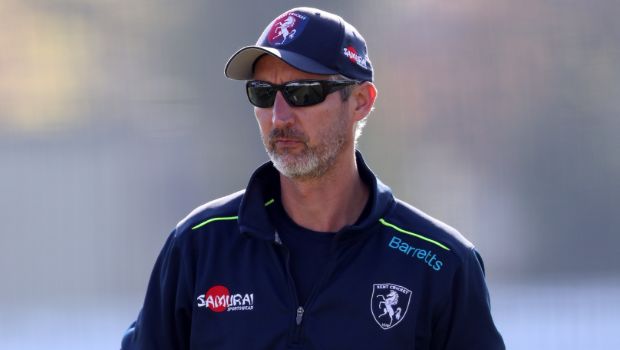 India’s fast bowler Ishant Sharma is one of the most improved fast bowlers in the last couple of years. The Indian pacer has been brilliant for the Indian team and he has delivered the goods for the team.

Former Indian batsman VVS Laxman has given credit to Jason Gillespie for turning Ishant’s career after his County stint with Sussex.

Ishant played four first-class matches for Sussex in 2018 in which he scalped 15 wickets at an impressive average of 23.06. The results were palpable as Ishant finished the England tour of 2018 as India’s highest wicket-taker with 18 wickets in five Test matches at a staggering average of 24.28. Hence, Ishant was able to reap fruits for his County stint.

The Delhi pacer has become more confident in his approach and the same shows in his performance. Ishant scalped 25 wickets in six Test matches in 2019 at an impressive average of 15.56 to finish as India’s second-highest wicket-taker in the year.

India’s pack leader has been at his best since 2018. Ishant has played 18 Test matches in the last two years in which he has snared 71 wickets at an impressive average of 19.14 and he has taken four five-wicket hauls. Hence, he is the most improved Indian bowler.

Ishant has been troubled by injuries in the last six months but there is no doubt that he has improved his bowling drastically. Laxman feels Ishant has a better wrist position and he is now pitching the ball up the batsmen, which has helped him reap rewards. It was noticed that Ishant was on the shorter side in the first ten years of his career.

“What changed since 2018, is his wrist position. He is a very hard-working bowler, always looking to improve. He went to Sussex, worked with Jason Gillespie, played in the country championship, and was working on his seam position. And this is what he got right. Since then, he is pitching the ball up and he is ending up getting more wickets,” Laxman said while talking to Star Sports.

Ishant Sharma has become only the sixth Indian bowler and the third pacer to take 300 or more Test wickets. Kapil Dev, Anil Kumble, Harbhajan Singh, Zaheer Khan, and Ravichandran Ashwin are the other Indian bowlers on the elite list.

Ishant is finally making the most of his experience and he will look to keep up the good show.