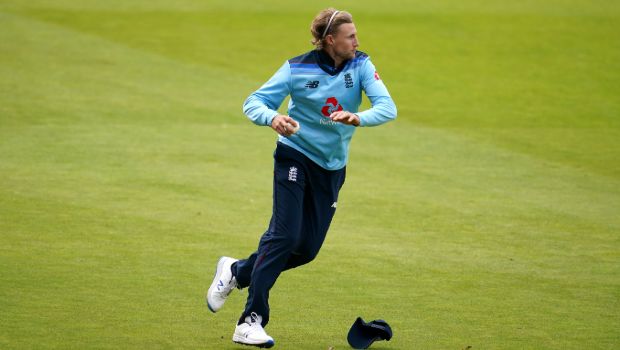 India’s left-arm orthodox spinner Axar Patel had a dream start to his Test career as he dismissed England’s in-form captain Joe Root as his first wicket in the format.

Root tried to sweep Patel but could only manage a top edge, which ballooned to Ravichandran Ashwin at short fine-leg.

It was a big scalp for the Indian team as Root has been in top form. The England captain had scored a magnificent knock of 218 in the first Test match and had scored three centuries in his last three Test matches.

Patel also dismissed England’s all-rounder Moeen Ali to get his second wicket. The left-arm spinner kept the pressure from the other end to assist Ravichandran Ashwin and returned with figures of 2-40 from his 20 overs.

Patel revealed that he had a good chance to dismiss Root if he attempted to sweep the ball against him as he bowls around 90 km/h.

“When I was watching the first Test I noticed that Joe Root plays a lot of sweeps and reverse sweep shots, and I thought that with the speed that I bowl at, I had the opportunity to get him out, and I wanted my first wicket to be his dismissal.

“I thought that if he tries to sweep my delivery, he may get out LBW. When he went for the sweep shot and made the mistake, to get an in-form batsman who has recently hit multiple centuries and double centuries. You can see it in the video how happy I was to get the wicket,” Axar Patel said at the end of Day 2 while talking to Cheteshwar Pujara on BCCI.TV.

Meanwhile, Ravichandran Ashwin was magnificent in the first innings as he scalped five wickets whereas Patel was able to keep the pressure from the other end. Thus, the debutant was backed by Indian skipper Virat Kohli and he was given the long spell.

In fact, Patel was expected to be part of the final XI in the first Test match but he was ruled out due to knee pain. Patel became the 303rd Test cricketer for India and had a perfect start to his Test career.

On the other hand, India is in a dominating position as they lead by 295 runs and have five wickets in hand in the second innings.