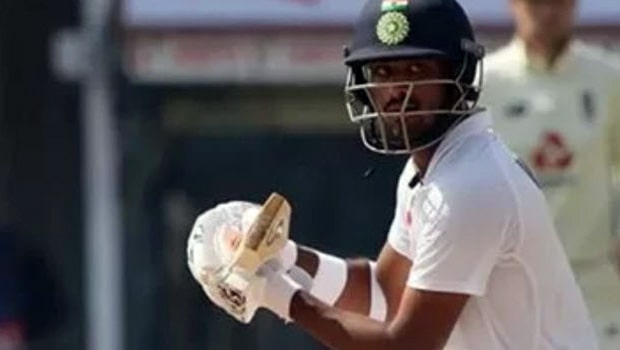 Former Indian batsman VVS Laxman believes young Washington Sundar batted like a number three or number four batsman. Sundar looked comfortable at the crease and he was able to hit the ground running despite India’s struggling position. The left-hander showed great class in his batting.

In fact, it was surprising to note that Sundar is playing only his second Test match. The southpaw had starred in the historic Gabba Test triumph as he had returned with scores of 62 and 22. Furthermore, the off-spinner had scalped four wickets in that game.

Meanwhile, Sundar went wicketless in the first innings of the ongoing Chennai Test. However, the left-hander was once again able to deliver the goods with the bat. Sundar, despite being only two Test matches old, showed great maturity in his strokeplay.

The left-hander played James Anderson and Jofra Archer with caution whereas he took the attack against the England spinners – Jack Leach and Dom Bess. The 21-year old batsman from Tamil Nadu, timed the ball to perfection and he has come up as a great young prospect for the Indian team.

Sundar looked comfortable at the crease and played with aplomb against the English bowlers. The southpaw scored a fine knock of 85 runs and he was the second-highest scorer of the Indian innings.

“It was a wonderful knock by Washington Sundar. He was fully prepared the way he batted in Brisbane under pressure and today as well. We know Bess and Leach gave the bad deliveries to him but I remember two shots – the down the ground six and the straight drive, he comes into very good positions,” said Laxman while talking to Star Sports.

Laxman added that not only Washington showed great footwork against the spinners but also showed good defensive skills while facing the England fast bowlers.

“He uses his feet and the depth of the crease against the spinners but showed great faith on his defense against the fast bowlers when the new ball was taken. It was great to see that and he batted like a No.3 or No.4 batsman and not a No.7 or No.8,” added Laxman.

This knock will add a lot of confidence to Sundar’s bag and he will look to continue his good form. India need another 381 runs to win the first Test match but more realistically England required another nine wickets to take a 1-0 lead in the four-match Test series.