Home » Cricket » Ind vs Eng 2021: We are hoping for turning pitches – Eoin Morgan

Ind vs Eng 2021: We are hoping for turning pitches – Eoin Morgan 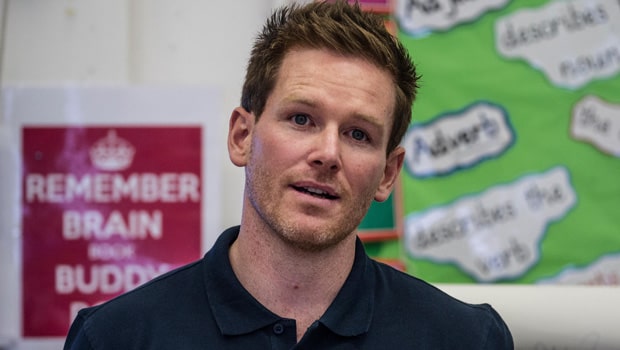 Eoin Morgan, England’s limited-overs captain, is anticipating that the pitches in the upcoming five-match will assist the spinners and he expects some low-scoring matches in the series. The pitches had come under the scanner in the second and third Test match.

In fact, the third Test match between India and England was wrapped within two days and a lot of former England players had criticized the pitch. However, Morgan wants his team to get acclimatize to the Indian conditions, which will help them a great deal when they will play the T20 World Cup later in the year in India.

England are currently the No.1 T20I side in the world and Morgan wants his full-strength squad to fill in the missing pieces. Morgan address that there are some areas where he would like his team to work on and get better and the T20I series against India will be the perfect opportunity to fill in those voids.

“We’ve been in great form in T20 cricket,” Morgan said of his No.1-ranked side. “We’ve had some confidence along the way and picked up some serious wins over the last two years, which is great.

“But also we need to develop our game and go into a World Cup with as few weaknesses as possible. I think having the strongest squad available to us, which doesn’t really happen that often, allows us to play around with any plans we might foresee using in the World Cup as well.

On the other hand, Morgan recalled the T20 World Cup in 2016 where the spinners had played a key role and the English team was able to qualify for the final. In fact, England had to work hard for their win against Afghanistan as they had won by only 15 runs after posting a sub-par total of 142-7 at the Arun Jaitley Stadium in Delhi.

“Going back to the 2016 [T20] World Cup, we didn’t necessarily play on big turners. There were some really, really low-scoring games – New Zealand turned over India and India and Afghanistan turned over West Indies on really dry surfaces – so depending on fixtures for the World Cup we want to go through that ourselves.

Meanwhile, Morgan is also hopeful that their gun fast bowler Jofra Archer will be fit for the series opener after he had missed two Test matches due to an elbow injury.

The first T20I between India and England will take place at the Narendra Modi Stadium, Ahmedabad on 12th March.