Home » Cricket » Ind vs Eng 2021: We are looking to win both Tests against England – Virat Kohli

Ind vs Eng 2021: We are looking to win both Tests against England – Virat Kohli 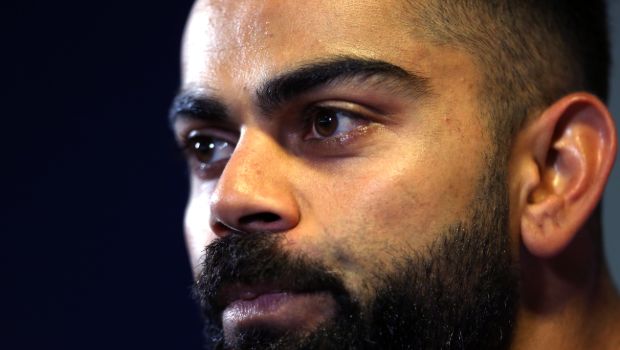 The Indian skipper Virat Kohli has made it clear that his team will be looking to win both the Test matches against England.

India will need to win the ongoing series against England by either 2-1 or 3-1 to secure their berth for the ICC Test Championship. This means a win in pink-ball and a draw in the fourth Test will help the team in sealing their finals’ spot.

However, this is not how Virat Kohli and his team thinks. There are two Test matches to be played and the first goal is to win both of them. Meanwhile, India had made a roaring comeback into the second Test match as they won by a massive margin of 317 runs. Thus the hosts will look to continue the same form and make the most of their conditions.

Kohli wants his team to be relentless in the last two Test matches against England and deliver at their best.

“We are not looking to win one and draw one, we are looking to win both. For us, these are two games of cricket and solely the only thing we are focused on. What it does afterward is a conversation for later. In the present, we are preparing for tomorrow, ready for the grand five days. One day at a time is something that we have followed for years now. So we are going to focus on what we can do as an individual in the present moment,” Virat Kohli said.

It is well known that Kohli has always demanded 120% from his players and he won’t take his foot off the pedal after winning the last Test match.

On the other hand, Kohli will also look to end his century drought. The Indian skipper scored his last International hundred back in 2019 in the pink-ball Test against Bangladesh. Kohli has been in good form in the last couple of Test matches and he will look to get to three figures in Ahmedabad.

The Indian team had come up with a collective effort as they had ticked the right boxes in the second Test match. However, the hosts will have to wary of the pink-ball challenge against England. The visitors have experienced fast bowlers in their line-up and they can be lethal in the Day-Night Test.