Home » Cricket » Ind vs Eng 2021: We don’t complain about seaming wickets, England should change their mindset too – Axar Patel

Ind vs Eng 2021: We don’t complain about seaming wickets, England should change their mindset too – Axar Patel 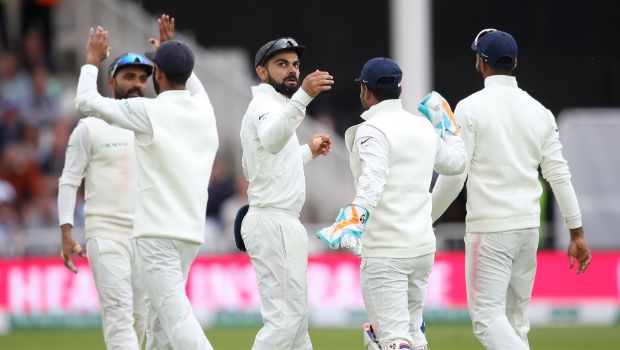 India’s debutant Axar Patel believes it is crucial for England to change their mindset when they are playing in spin-friendly conditions.

Patel stated that the Chepauk pitch is only helping the bowlers when they are hitting the right areas and bowling at the right pace.

The all-rounder, who has had a dream start to his Test career, added that the Indian team never complains when they play in the seaming conditions in England.

The Indian team has completely dominated the second Test match as they have ticked the right boxes. The hosts posted 329 runs in the first innings after a fine knock of 161 runs from Rohit Sharma. Furthermore, Ajinkya Rahane and Rishabh Pant scored respective fifties in the first innings.

“The way the wicket is behaving, it’s turning. But it’s only turning when you bowl the right length, the right pace. If you are a little slow, it doesn’t turn a lot. So if you hit the right pace and line, it becomes tough for them to bat. It becomes important for the bowlers to bowl the right pace,” Axar Patel told reporters in a virtual press conference after stumps, day three.

“Actually if you look at my last dismissal [Joe Root] one, it was on the umpire, so I can’t say a lot on that. But here on this wicket, I think we played really well, so when we are able to score runs, they shouldn’t have issues. I think they should change the mindset about the wicket because we also play on seaming wickets.”

The Indian team has made the most of the conditions and they have completely dominated the visitors in the second Test. The hosts need a solitary wicket to win the Test match.