Home » Cricket » Ind vs Eng 2021: We have a great bunch of guys who have bought into my vision as captain – Virat Kohli 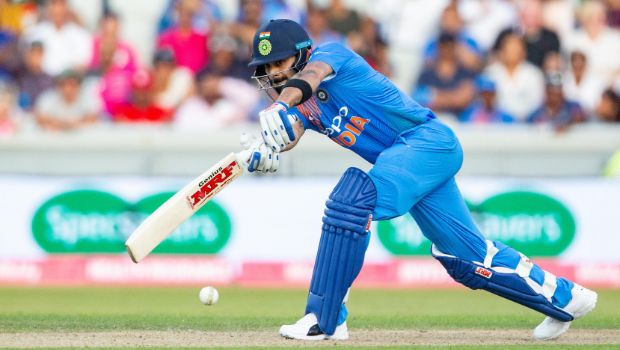 The Indian team captain Virat Kohli has done a fine job as the leader of the team. Kohli has been at his best since former skipper MS Dhoni handed him the captaincy baton.

Team India has taken giant strides and a lot of credit for the same goes to Virat Kohli. The talisman gave credit to his teammates and stated that they have a great bunch of guys who have bought his vision as a captain.

Kohli lost the toss as Root decided to bat first and the Indian skipper stated that they would have also batted first if he had won the toss.

“We would’ve batted first too. It looks good to bat on, on Day 1. It’s been unbelievable captaining India for so long, and in Tests, we have come up the ranks quite well. We look forward to coming together as a side.”

Kohli added that England is a potent side and the visitors can put them under pressure. Thus, Kohli and Co. will not like to make the mistake of taking things lightly.

Meanwhile, Kohli last scored a hundred back in 2019 against Bangladesh at Eden Gardens, Kolkata and he would look to end his century drought. On the other hand, India needs to either win or draw the ongoing Test match to qualify for the final of the ICC World Test Championship. If England wins, Australia will play New Zealand in the final of the ICC WTC.

England ended the opening session of the Test at 74-3 as Axar Patel bagged two wickets.