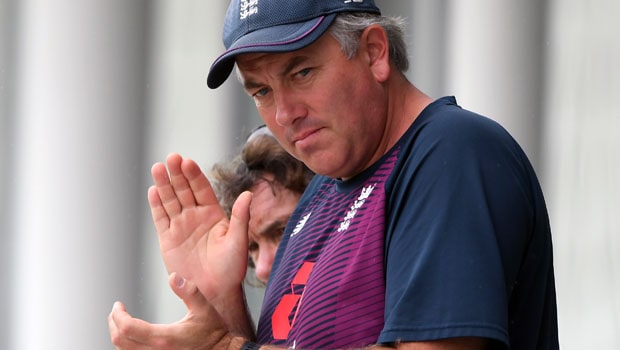 England’s head coach Chris Silverwood believes his team will need to be at the top of their game to beat India in latter’s own conditions. It is well known that the Indian team is a force to reckon with in their own conditions and they are high on confidence after recent against Australia.

Silverwood admitted that the visitors will have their work cut out against a formidable Indian unit but he believes that his team has the players and the skills to topple India in their own conditions. England is also coming off on the back of a 2-0 series victory against Sri Lanka and they will look to carry on the same form.

However, there is no doubt that India will be a different kettle of fish for the tourists as compared to a beleaguered Sri Lankan team.

“The one thing Australia has shown is India will be a difficult team to beat. It’s a great challenge for us. Do I think we can beat them? Yes. I always take the positive side of things,” Silverwood told reporters. “I think we can beat them, but we know it’s going to be a hard-fought contest. If we come out on top of this one, confidence again will go through the roof for us. I respect the fact they are a fine side with some really good players. We’re going to have to be at the top of our game.”

Silverwood admits that it is going to be a massive challenge for them to get past a potent Indian team. It will be imperative for England players to play the top of their game and the experienced players will need to put their hand up in the crucial stages of the series.

“We are going there with our eyes open. We know it is going to be a tough challenge. We know they are an excellent team, especially in their own conditions, and we respect that. But I think it is an exciting challenge. We are in a good place. We are constantly growing. But we completely respect how big a challenge it is,” Chris Silverwood said.

England was thrashed 4-0 by India during their previous tour back in 2016 and the visitors will need to come up with a collective effort. Furthermore, England will need to win by a margin of 3-0 or better against India to qualify for the final of the ongoing ICC World Test Championship at Lord’s.

The first Test match will take place at MA Chidambaram, Chennai from February 5.