Home » Cricket » Ind vs Eng 2021: We will continue to play in a fearless manner – Eoin Morgan

Ind vs Eng 2021: We will continue to play in a fearless manner – Eoin Morgan 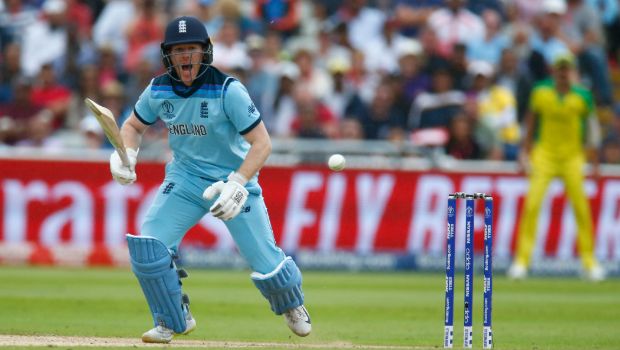 In the last few years in the limited-overs format, the England batsmen have set a template of fearless batting.

England’s captain Eoin Morgan revealed that the team will continue to play an aggressive brand of cricket irrespective of the results going their way. The visitors lost the first ODI against India by 66 runs at the Maharashtra Cricket Association Stadium, Pune on Tuesday but the loss is not going to change their style of play.

Morgan stated that it is better for them to lose by such a margin than to lose by 10-20 runs. Thus, England is going to follow an all-or-nothing approach. In fact, the England openers had given a blistering start to their team as Jonny Bairstow and Jason Roy smashed 89 runs in the first 10 overs.

The opening pair continued their onslaught as they smashed 135 runs in 14 overs to break the run-chase. However, England’s middle-order once again disappointed, like it had done in the T20I series, and couldn’t capitalize on the good start. The tourists lost five wickets for 41 runs as India made a resounding comeback into the contest.

The visitors’ batsmen continued to play the attacking shots despite losing wickets at regular intervals and Morgan has backed his batters to follow the same approach.

In fact, it should also be noted that the same fearless approach has done the job for England in the last four years as they have dominated the white-ball format. They are currently placed at the numero uno position in the ICC ODI as well as the T20I rankings and a lot of credit for the same goes to their batsmen, who have delivered the goods.

Eoin Morgan said in the post-match presentation, “Did a lot of things right today. Wicket was brilliant as well which made for an entertaining game. There was something for the seamers but if you got in, you could score heavily too. Our bad days with the bat make it look worse than usual. Need to execute better than we did today. When you look at our top seven in particular, we’ve all scored under 60 ball hundreds. That’s the way we want to play. With one eye on the WC, we want to try and push the envelope in that regard. Sometimes it doesn’t work. But for us, it’s better to lose like that than losing by 10-20 runs. That’s the way we’ll continue playing”.

Morgan added his bowlers also did a fine job, especially in the first 40 overs of the Indian innings. At one stage it looked like India will fail to reach even 280 but a fine alliance of 112 runs off just 57 balls between KL Rahul and debutant Krunal Pandya propelled them to a par score of 317 runs.

Morgan added, “Our bowlers did an outstanding job with traditional Test lengths and line that proved effective. Didn’t probably play well enough to take advantage of the dew. Which is disappointing because the toss is an advantage here in India”.

England will continue to back their methods, which have produced the results for them in the past. The visitors will aim to make a comeback in the second game, which will be a must-win for them. The second ODI will take place at the same venue of Maharashtra Cricket Association Stadium, Pune on Friday.