Ind vs Eng 2021: Win in pink-ball Test match will put us in driver’s seat – Jofra Archer 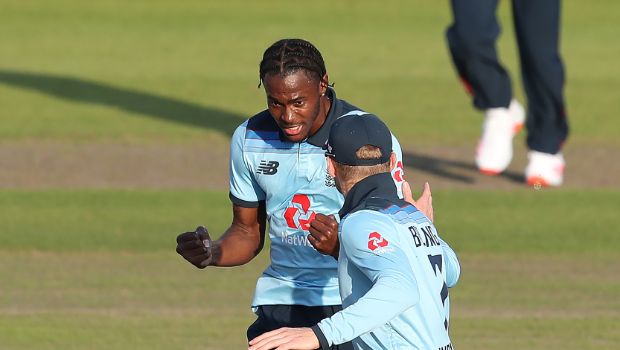 England’s gun fast bowler Jofra Archer believes a win in the pink-ball Test match can put them in the driver’s seat in the ongoing series against India.

The visitors were obliterated in the second Test match by a gargantuan margin of 317 runs as the hosts had come up with a collective effort.

While India needs to win the series by either 2-1 or 3-1 to qualify for the final of the ICC Test Championship, England needs to win the remaining two Test matches to book their place in the final. Archer believes that the win in the Day-Night Test match will put them in a commanding position.

However, there is no doubt that it is not going to be easy for England to bounce back in the series. India had completely outplayed the tourists in the second Test match and the hosts are always a force to reckon with in their own conditions.

“Oh yes (we can win the Test). I think that’s why this next Test is important. If we do go ahead we can always draw (fourth Test). We always play to win but this next one puts us in the driver’s seat, I think we control the last game if we win this one.”

Archer added that the pink ball does more than the red ball and it moves more in the twilight session of play.

On the other hand, Archer added that the pacer’s role is to provide two to three wickets as the bulk of the work is done by the spinners in the sub-continent conditions. Despite it being a pink-ball Test, Archer knows that there will be more assistance for the spinners rather than the fast bowlers.

“Don’t think the captain expects you (a pacer) to get a five-for or six-for in the subcontinent, you get two or three and you’ve done your job. I think that is our job.”

Meanwhile, Archer was ruled out of the second Test match with an elbow injury and he will have a crucial role to play in the third Test match with the pink ball. Archer has express pace under his belt and he can trouble the opposition batsmen.