Home » Cricket » Ind vs Eng 2021: World Test Championship is like a World Cup for me – Ishant Sharma

Ind vs Eng 2021: World Test Championship is like a World Cup for me – Ishant Sharma 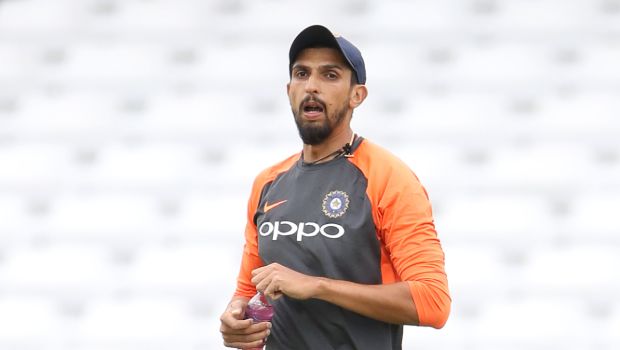 India’s veteran Ishant Sharma has stated that winning the ongoing World Test Championship will be like winning the World Cup for him.

Team India needs to win against England by a margin of either 2-1 or 3-1 in the ongoing series to qualify for the final of the World Test Championship.

The Virat Kohli-led team has played 15 Test matches in the WTC out of which they have won 10 matches whereas they have lost four and one has ended in a draw. They have 460 points under their bag, which is most for any team.

However, as per the new ICC rules, teams will qualify for the final on the basis of PCT. India has a PCT of 69.2 and they will look to come up with a complete performance. New Zealand has already qualified for the same and the race for the second spot is between England, Australia, and India.

Meanwhile, Ishant Sharma only represents India in Test format. The lanky fast bowler last played an ODI match back in 2016 and since then has played in the Test fold. The pacer from Delhi will play his 100th Test match in Motera and he will become the second Indian fast bowler after Kapil Dev to reach the personal milestone.

“There is only one thing on my mind right now, and that is how to win this series and qualify ourselves for the World Test Championship final. I play only one format for India and World Test Championship is like a World Cup for me. So if we are able to reach the final and win it then I will surely feel the same that a team feels on winning the ICC World Cup or the Champions Trophy,” Ishant Sharma said in a video-conference.

On the other hand, Ishant Sharma will look to make the most of his experience and help India qualify for the final of the WTC. The pink ball provides more help to the seamers in terms of swing and seam and Sharma will look to deliver the goods in the third Test match.

In the pink-ball Test match against Bangladesh back in 2019 at Eden Gardens, Ishant was the pick of the Indian bowlers as he had scalped nine wickets in the match.