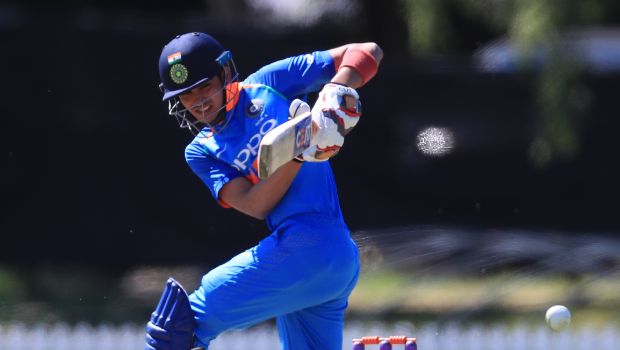 Indian legend Sunil Gavaskar has stated Shubman Gill picked a wrong shot after doing all the hard work in the opening spell against James Anderson and Stuart Broad.

Gill faced 51 balls to score 11 runs and had seen off the new ball. However, the youngster decided to go for the pull against the ball, which wasn’t ideal.

In the end, it was a rash shot from the prodigy opener and Gavaskar believes that Gill’s confidence must have dented after that dismissal. In fact, the shot was uncalled for especially against a gun fast bowler like Jofra Archer, who has the pace and the skill to get the ball to skid.

Gill was not in a position to play the pull and got a leading edge, which ballooned to short mid-wicket. The hosts had got off to a decent start as they scored 33 runs in 14 overs but Gill’s wicket gave a ray of hope to the visitors.

“He cracked a couple of beautiful boundaries and got out. Wrong shot selection, and well, his confidence is going to be dented. Sometimes when you have done all the hard work, then you have got to keep doing that again,” Sunil Gavaskar said while talking to Star Sports.

“This is not the kind of shot you would hope to get away against a bowler of Jofra Archer’s pace because Archer has got the ability to skid,” Gavaskar added.

In fact, Gill had a controversial escape when third umpire Shamsuddin didn’t take much time to rule him ‘not-out, which left the England players frustrated. The replays showed that the ball might the touched the ground and Gill had the rub of the green on his side.

Meanwhile, Shubman Gill hasn’t had a great series against England thus far as he has scored 104 runs in five innings at a meager average of 20.50. With players like Mayank Agarwal waiting in the wings, Gill needs to keep coming up with consistent performances.

The youngster had a dream start to his Test career as he amassed 259 runs against Australia in the three-Test matches he played at an average of 51.80. Hence, Gill will look to turn the tables in the upcoming matches and learn from his mistakes. Gill is still young in his career and he is expected to get better with experience.