Home » Cricket » Ind vs Eng 2021: You got to take your hats off to him – Graeme Swann on Mohammed Siraj 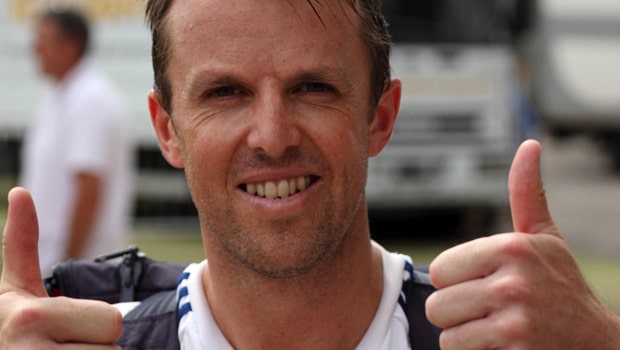 Former England spinner and now a commentator Graeme Swann has heaped praise on India’s rookie fast bowler Mohammed Siraj. The fast bowler is playing his fifth Test match but he has shown great control in his bowling. Siraj was able to impress on the opening day of the ongoing fourth Test match against England at the Narendra Modi Stadium on Thursday.

The 26-year old pacer from Hyderabad returned with figures of 14-2-42-2 and bowled at the top of his game. Siraj was able to get the big wicket of England captain Joe Root as he plumbed him in front of the wickets.

In fact, Siraj was able to beautifully set up Root as he got a couple of balls to move away from the right-hander before getting one to jab back at him and ping him in front of the wickets. Furthermore, Siraj was able to get the big wicket of Jonny Bairstow, who had settled after a jittery start.

Siraj is known to give his best and he also bent his back on the opening day of the fourth Test. Swann is mighty impressed by the youngster and lauded his efforts. The former English spinner added that he didn’t expect Siraj to exploit the conditions to great effect.

“I thought when England won the toss that this wicket might do a bit because there was bit of moisture in the ground but I didn’t expect Siraj to exploit it as well as he did. I obviously thought Sharma, who is a senior bowler (would do most of the damage) But Siraj was brilliant,” Swann in the post-match show on Star Sports.

“He bowled with great pace and the way he set up Joe Root with a couple going away just around off the off stump and then after the drinks break, nipped the ball back in trapped Joe Root in front of the crease,” Swann added.

“The ball he got Jonny Bairstow with as well… What I Like about that was it was 10 km quicker than the previous delivery. It just beat for pace, beat him all ends up. It was just a great bit of bowling. You got to take your hats off to him,” said Swann.

Siraj has had a dream start to his Test career and he bowled with a big heart in the first innings. The fast bowler was preferred ahead of experienced Umesh Yadav and he was able to justify his selection.

England were dismissed for 205 runs in the first innings whereas India are currently 146-6 and the hosts’ trail by 59 runs.