Home » Cricket » Ind vs Eng 2021: Yuzvendra Chahal would have got a wake-up call – Deep Dasgupta

Ind vs Eng 2021: Yuzvendra Chahal would have got a wake-up call – Deep Dasgupta 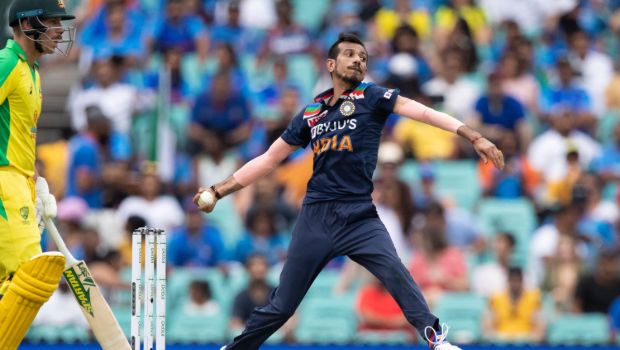 Former India wicket-keeper batsman Deep Dasgupta has backed under-fire Yuzvendra Chahal to come back into form. Chahal took a beating in the T20I series against England and thus he was dropped from the final two T20Is.

The leg-spinner scalped three wickets in as many matches he played in the series at an average of 39.67.

Furthermore, Chahal was expensive as he conceded his runs at an economy rate of 9.92. The leg-spinner was predictable in his line and length and didn’t have the best of the series against England.

Deep feels Chahal will be under some pressure to perform as the competition in the team is high. India has good bench strength and Chahal will need to pull up the socks.

“He (Chahal) has looked a little off the boil this series. With Rahul Chahar coming in and performing, there are a lot of right-arm wrist-spinners, let alone wrist-spinners. I am sure he would have got a wake-up call there. I am sure he will up his game as well because he knows there is a fair amount of competition,” Dasgupta said while talking to Sports Today.

On the other hand, Deep Dasgupta wants Kuldeep Yadav to get his chances in the final XI. Yadav has been part of the team in the recent past but he has hardly got his opportunities in the playing XI.

“I am glad that Kuldeep Yadav is there as well. You would ideally want Kuldeep to play a few games here. He has been a part of the white-ball teams but basically been a passenger over the last 2 years.”

India is expected to continue their experiment strategy and thus Yuzvendra Chahal as well as Kuldeep Yadav are expected to get their chances in the final XI. Both the spinners were an integral part of the limited-overs format but their recent dip in form has cast doubts on their place in the playing XI.