Ind vs Eng 2021: Zak Crawley doubtful for the first Test match against India 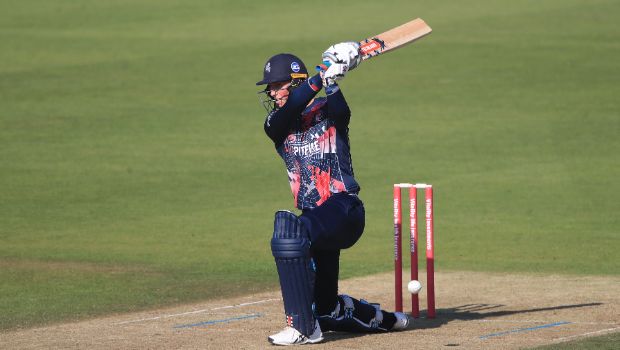 England’s batsman Zak Crawley is a doubtful starter for the first Test match against India. Crawley suffered a wrist injury to his right hand after he slipped outside his dressing room on Tuesday.

The 23-year old batsman was sent for scans to access the injury and it is expected that he may not be able to take part in the first Test match.

As a result of this freakish injury, Crawley couldn’t participate in the practice session on Wednesday. The England and Wales Cricket Board released a statement regarding Crawley’s injury and the board will have an update on the injury before the training session on Thursday. The final call on Crawley’s participation in the first Test match will be taken accordingly to the scan reports.

“Zak Crawley did not train today at England’s practice session in Chennai. He slipped outside the dressing room yesterday [Tuesday] and has injured his right wrist. We are waiting on the results of scans and will know more tomorrow, ahead of our final practice.”

If Crawley misses out in the first Test match, England will be forced to make a change at the top of the order. The lanky batsman had struggled to get going in the recent series against Sri Lanka as he had scored 35 runs in two Test matches at an average of 8.75.

However, despite his poor performance, Crawley was expected to bat at the number three position. As Jonny Bairstow has been rested from the first two Test matches against India, it will be interesting to note who will replace Crawley if he doesn’t recover in time for the first Test match.

Dan Lawrence, who scored an impressive knock of 73 runs on his debut against Sri Lanka, can bat one down for the visitors. Ben Stokes or Moeen Ali can also be promoted in the batting order to number three as they will add experience at the top of the order. In fact, both England openers – Rory Burns and Dom Sibley – are touring India for the first time in their career and thus lack experience.

On the other hand, Ollie Pope has been added to the England squad and he can also bat at number three in the absence of Zak Crawley.