Home » Cricket » IND vs ENG | A pitch like that does expose our weakness: Eoin Morgan

IND vs ENG | A pitch like that does expose our weakness: Eoin Morgan 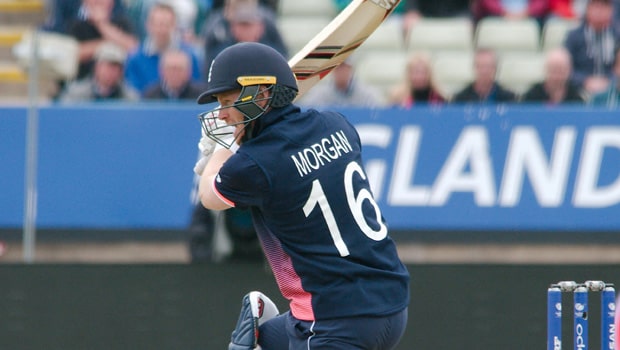 England lost the second T20I of the ongoing five-match series against India by seven wickets and their captain Eoin Morgan admitted that the slow and low nature of the track in this match did expose their weakness.

“It was quite slow, low, and didn’t really turn a great deal – [a pitch] that does expose our weakness,” Morgan said after the match.

“We don’t play a lot on slow, low wickets and the more that we can do that, the better. Posting a total on a wicket like that, I thought we were right in the game… we established partnerships, we got to the point where we tried to accelerate, but managed to lose wickets at different stages,” he added.

Morgan had expressed the desire of playing in different conditions in this series in order to prepare themselves better for the upcoming T20 World Cup. He thinks that these lessons are serving them well as such tracks are helping the team to identify their weaknesses and that will eventually help them in improving ahead of the mega event later this year.

“Taking an early wicket was brilliant but India managed to get away from us quite quickly. Ishan Kishan played pretty well and managed to take the game away from us, and everything that we tried didn’t seem to work,” The English skipper continued.

“I thought the other night, the pitch really suited us because it had more pace in it – similar to a wicket at home, a Cardiff wicket or somewhere like that, that was a little bit uneven and maybe stood up a little bit. But this took us out of our comfort zone and really was a typical Indian wicket that we would play on in an IPL game. Again, your accuracy has to be on, and you’re bowling to guys really on their home patch when you talk about a wicket like this.

“To become better in these conditions, the only way you do that is by playing and making mistakes. You tend to learn quicker if you’re winning and confident and everything goes reasonably smoothly – you can integrate the learning quite quickly – but equally, if we have to learn the hard way, we’re still going through that process of trying to learn game-on-game so when it comes to the World Cup in seven months’ time, we can be as best prepared or know more about ourselves and where we need to get better before then.”

England posted a total of 164 while batting first in the match. They looked all set for a total bigger than that but the Indian bowlers kept taking pace off the ball and the England batsmen couldn’t cope with that.

Jason Roy, who scored 46 in 35 deliveries, was the highest scorer for England in this match. He was their top scorer in the first T20I too with a score of 49 to his name. All of Jonny Bairstow, Dawid Malan, Eoin Morgan and Ben Stokes were out in the 20s but none of their strike-rate, except Morgan, crossed 140. They will be looking to come up with a much better performance as they take on India in the third T20I on Tuesday.