Home » Cricket » IND vs ENG | Got to take your hats off to Mohammed Siraj: Graeme Swann

IND vs ENG | Got to take your hats off to Mohammed Siraj: Graeme Swann 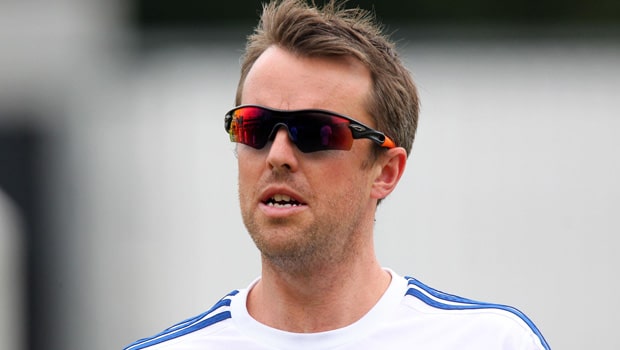 Former England spinner Graeme Swann was very impressed with how Mohammed Siraj bowled for India on Day 1 of the final Test of the series against England in Motera, Ahmedabad.

Siraj bowled with great pace and used the help on offer from the pitch to good extent. He picked up two wickets to help Indian spinners Axar Patel and Ravichandran Ashwin, who gave England batsmen a hard time once again. Siraj’s first wicket was that of English skipper Joe Root. He set him up nicely before trapping him lbw.

His next wicket was that of Jonny Bairstow, who couldn’t get any bat on a delivery that jagged in and thus, he was given out lbw as well. Siraj’s exploits left Swann very impressed and he had some good things to say about him after the end of the day.

“I thought when England won the toss that this wicket might do a bit because there was bit of moisture in the ground but I didn’t expect Siraj to exploit it as well as he did. I obviously thought Sharma, who is a senior bowler (would do most of the damage) But Siraj was brilliant,” Swann said in the post-match show on Star Sports.

“He bowled with great pace and the way he set up Joe Root with a couple going away just around off the off stump and then after the drinks break, nipped the ball back in trapped Joe Root in front of the crease.

“The ball he got Jonny Bairstow with as well… What I Like about that was it was 10 km quicker than the previous delivery. It just beat for pace, beat him all ends up. It was just great bit of bowling. You got to take your hats off to him,” Swann added.

However, Swann also said that there was no need for Siraj to get into any verbal altercation with Ben Stokes. According to him, he should have just bowled his heart out instead of getting involved in such petty things.

“I’ve got to say he shouldn’t have got into the verbal with ben Stokes. It fired Stokes up. You don’t need to that. Just get on with your bowling. He’s a beautiful bowler, he just needs to concentrate on that,” added the former off-spinner.

India finished the day at 24/1 after bowling England for a paltry total of 205 runs.