IND vs ENG | Jofra Archer ruled out of second Test 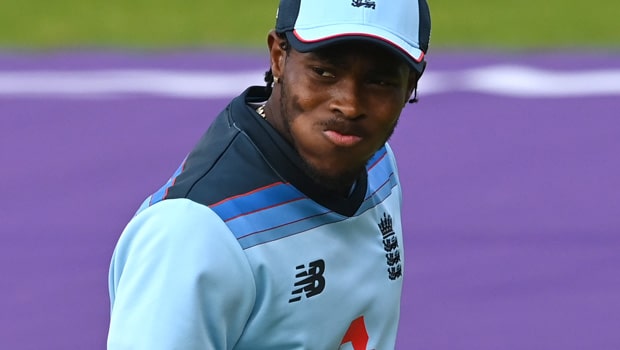 England cruised to a massive 227-run victory against India in the first Test of the four-match series in Chennai but they have suffered a major blow ahead of the second match as their ace pacer Jofra Archer has been ruled out of the match due to discomfort in his left elbow.

“Archer will miss the second Test against India in Chennai starting on Saturday after having an injection in his right elbow,” said ECB in a statement.

“The injection follows discomfort the fast bowler experienced during the 227-run win in the first Test at the same venue,” the statement further added.

Archer played a crucial role in the win for England in the previous match. He dismissed both of India’s openers, Rohit Sharma and Shubman Gill, in the first innings and then went on to claim the wicket of Jasprit Bumrah on the final day of the match to hand England a memorable victory.

However, the ECB is pretty confident that the pacer will recover fully and will be available for selection in the third Test match, which is scheduled to be played in Ahmedabad. It is supposed to be a day-night fixture as well.

“The issue is not related to any previous injury and it is hoped the treatment will allow the condition to settle down quickly, allowing the player to return to action in time for the third Test in Ahmedabad,” ECB said.

Archer’s injury means we night get to see both James Anderson and Stuart Broad featuring in the XI, which has become quite rare in recent times due to England’s rotational policy.

Two changes seem certain for England in the second Test. Jos Buttler has headed back home, so he will be replaced by wicket-keeper batsman Ben Foakes. Stuart Broad, on the other hand, is expected to replace Archer.

The track for the second Test could be a nightmare for the batsmen as it is expected to turn a lot. Even Ben Foakes concurred with that in the pre-match press conference.

“It’s different to the last one. It’s a different soil and darker soil. I think it might be quite low and slow. But I haven’t had a lot of experience with wickets but that would be my guess,” Foakes said.