IND vs ENG | Rishabh Pant has carried his confidence from batting: Gautam Gambhir 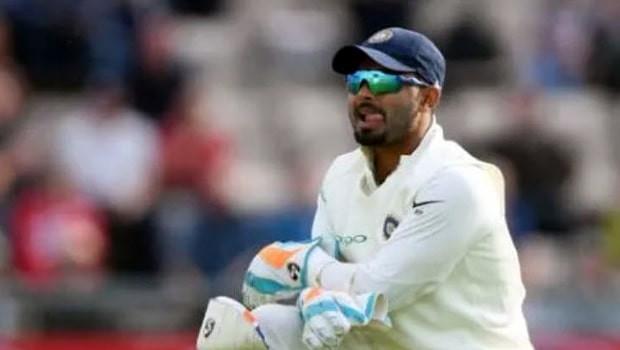 Former India batsman Gautam Gambhir is very impressed with the performance of the youngsters who have recently made their debut for India but the player among them who has impressed him the most is none other than Rishabh Pant.

The wicketkeeper-batsman scored yet another important half century on Day 2 of the ongoing second Test match between India and England. He followed up that effort with two superb catches while keeping as well.

Gambhir believes the confidence he has gained from his batting performance has rubbed off on his keeping and that’s why we have seen so much improvement in him as a Keeper in this match.

“He has carried his confidence from batting. And if you’re batting well, it reflects on your keeping as well. This is probably the toughest place to keep – against Ashwin, against Axar. He’s only going to get better from here on,” Gambhir said on Star Sports.

“And the way he’s kept in this innings, it was a big challenge for him. It only gets easier from here on and I’m sure he’ll get better over time once he keeps scoring runs, he keeps keeping, he will be a great package for India,” he added.

Pant took a one-handed catch diving down the leg side to remove Ollie Pope and then took a flier to dismiss Jack Leach after that, off Ishant Sharma’s bowling.

Gambhir even touted the 23-year-old as an asset for Indian cricket and said that he can become one of the most important players for India in the future.

“Someone who can bat at No. 6 and actually can change the game. There are not many in world cricket at the moment. Probably Jos Buttler can change the game with his batting skills but Rishabh Pant, if he keeps doing what he has in this Test match, he will be a great asset for Indian cricket going forward,” Gambhir added.

India look well placed to draw the series level with a win in this Test match. At stumps on Day 3, India had reduced England to 53/3 after setting a target of 482 runs. They will need to take seven more wickets in the remaining two days to win the match.