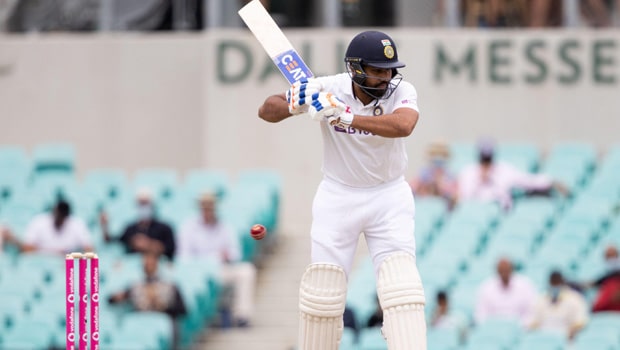 Rohit Sharma and Shreyas Iyer — two important members of India’s white-ball squad — suffered injuries during the first ODI against England at Pune, on Tuesday, and were unable to take the field later.

While Rohit suffered an injury to his right elbow after being hit by a delivery from England pacer Mark Wood, Iyer injured his shoulder as he dived in order to save a boundary in the eighth over of England’s innings.

Rohit batted on, though. However, he was eventually dismissed for 28 off 42 deliveries. The BCCI later released a statement which mentioned that he won’t be taking the field as he was still feeling pain in his right elbow.

“Rohit Sharma was hit on the right elbow while batting and felt some pain later. He won’t take the field,” the BCCI’s update said.

Iyer, on the other hand, was seen in extreme pain after his diving effort. The medical team tended to him on the ground immediately but he was unable to continue and went off the field. He never came back to field again. The BCCI gave an update about the status of his injury in the same statement.

“Shreyas Iyer subluxated his left shoulder in the 8th over while fielding. He has been taken for further scans and won’t take any further part in the game,” the BCCI said in the statement.

There is still no update on whether they will be able to recover in time for the second ODI, though. While Rohit’s injury could be manageable, Iyer’s looked quite serious.

Rohit Sharma has been a mainstay at the top of the order for India over the years. He has 9143 runs to his name in 225 ODIs, at an excellent average of 49.15. That includes 29 centuries and a best score of 264.

If both batsmen fail to recover from their injuries in time, Shubman Gill and Suryakumar Yadav are likely to replace them in the XI. While Gill has played three ODIs till date, Suryakumar could be seen making his ODI debut.