Home » Cricket » IND vs ENG | Virat Kohli will score one or two centuries in this series: VVS Laxman

IND vs ENG | Virat Kohli will score one or two centuries in this series: VVS Laxman 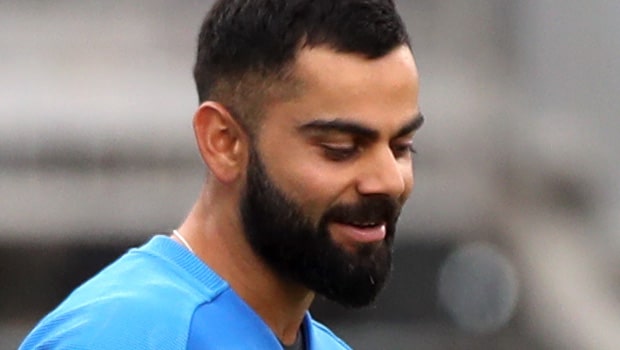 India did lose the first Test of the four-match series against England by a massive margin of 227 runs but one of the silver linings that came out of this victory was Kohli’s batting form.

The Indian skipper played a good knock of 72 in the fourth innings of the match despite being under pressure with wickets falling at the other end continuously. He looked well set for a hundred but was cleaned up by a brilliant delivery from Ben Stokes ultimately.

Former India batsman VVS Laxman lauded Kohli for his batting in a post-match show on the Star Sports Network. He said that Kohli looked in complete control and is all set to score a century or two in this series.

“Yes, absolutely and that is his ability,” Laxman said.

“We have spoken about how Joe Root batted in this Test match, the same way, he might be a little disappointed how he got out in the first innings but he batted amazingly well in this innings. He showed the application and played the percentage shots,” Laxman added.

Laxman also said that Kohli would have liked to get the century but he still showed good control during his stay at the crease.

“He might be a little disappointed that he didn’t score a century or didn’t delay the inevitable, because we were going to lose once Ashwin was out.

“But the application and the form and rhythm that was was seen today was amazing and it means he is going to hit one or two centuries in this series,” the 46-year-old added.

Kohli has now gone 32 innings without an international century. That is the longest streak of matches he has gone without scoring a hundred. The previous longest was 25 innings, which came twice in 2011 and then in 2014.

India will now lock horns with England in the second Test at the same venue. The hosts might get a much needed boost as well, as 50% of the spectators might be allowed in the stands. India will be eager to draw the series level 1-1 in the second Test, which starts on Saturday.