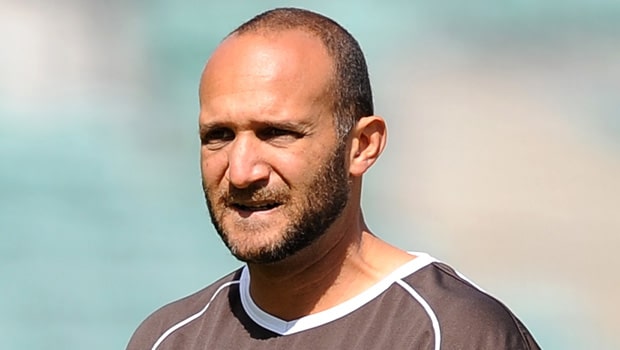 Former England batsman Mark Butcher was very impressed with Washington Sundar’s batting display on the fourth day of the ongoing first Test match between India and England, in Chennai.

Sundar remained unbeaten on 85 as India got bowled out for 337 in their first innings. This was Sundar’s second consecutive Test fifty after he scored one in his maiden Test against Australia at the Gabba last month. Had Sundar got a little more support from the lower order today, he might have even got his maiden hundred.

“He’s a fabulous player. If we didn’t know that he’s coming down the order and No. 7 and that he’s picked mainly for his bowling, you’d say he is a top order player. Wonderful strokes to spin out of the rough, to Jack Leach. It became a trademark of the innings. He’s a pretty talented young man,” Butcher said in the Star Sports Network during the lunch interval on Day 4.

Butcher also believes that Sundar can provide fierce competition to Ravindra Jadeja. He says that if Sundar can add some more wickets with his bowling, to go with his fine batting ability, he might even replace Jadeja in India’s playing XI. Jadeja, though, isn’t part of India’s Test squad for this England series as he broke his finger during the last tour of Australia.

“He (Sundar) didn’t allow Dom Bess to get away with any poor deliveries this morning. Dom Bess looked a little tired. That was one of the shots of the day, that beautiful on drive off Jofra Archer. Balance was perfect, the head was right over the ball. That was perfect,” Butcher added.

“I mean, the guy can really play. People may just be hoping that he plays some part with the ball in hand. He was a bit disappointing in the first innings, but if he can get that going, then what an all-rounder you’ve got there. Somebody to challenge or replace Ravindra Jadeja.”