Home » Cricket » IND vs NZ 2021: Ajinkya Rahane is just one inning away from finding his rhythm back, says Cheteshwar Pujara

IND vs NZ 2021: Ajinkya Rahane is just one inning away from finding his rhythm back, says Cheteshwar Pujara 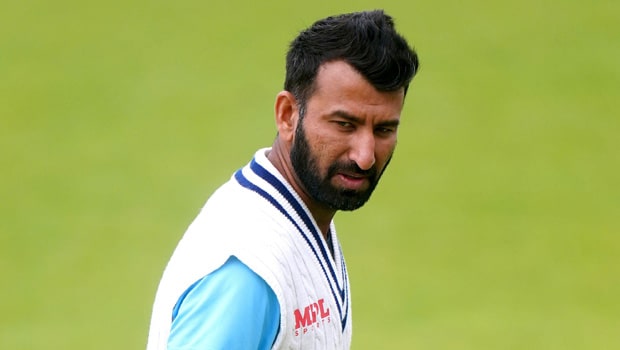 India’s veteran batter Cheteshwar Pujara has put his weight behind under-fire Ajinkya Rahane. India’s Test vice-captain has been under the pump as he isn’t in the best of forms in the recent past. Rahane could only manage 109 runs in four Test matches against England at a paltry average of 15.57 and could only manage a solitary fifty in the seven innings he batted.

Rahane will lead the team in the first Test match in the absence of full-time skipper Virat Kohli and it will be imperative for him to be at his best against the Kiwis. The right-hander has been averaging only 19 in the 11 Test matches he has played in the ongoing year.

Rahane has failed to deliver the goods and he will want to get back to form against the Kane Williamson-led team. Pujara reckons that Rahane is one good knock away from finding his form as well as his confidence.

“He (Rahane) is a great player, there are times when a player goes through a tough time and that’s a part of this game. There can be ups and downs but I feel he is a confident player. He is someone who works hard on his game and I am sure he is just one inning away from gaining back the form,” said Pujara in the virtual press conference.

“Once he gets back to scoring runs, he will be back in form. He has been working hard in the nets. So, he is a good touch, hoping that he scores big runs in this series,” he added.

Meanwhile, players like Mayank Agarwal, Shubman Gill, Suryakumar Yadav, and Shreyas Iyer can get their chances in the first Test match and it will be crucial for Rahane to get a big score under his belt to save his place in the team.

Rahane has all the experience under his belt and he will look to be at his best. Furthermore, he would look to lead from the front against New Zealand in the first Test.

The first Test match will be played in Kanpur from Thursday.