IND vs NZ 2021: Ajinkya Rahane is not decisive – VVS Laxman on right-hander’s struggles 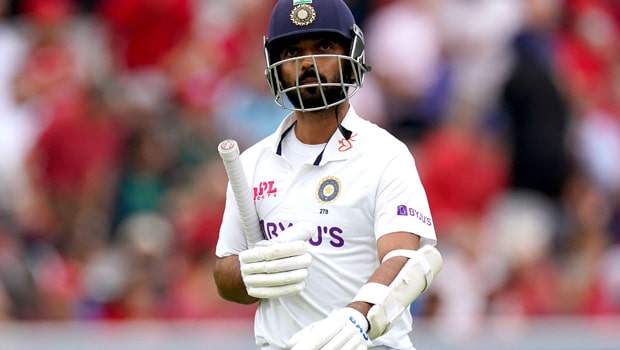 Former Indian batter VVS Laxman believes veteran batsman Ajinkya Rahane is not decisive in his approach, which is leading to his downfall. Rahane has had a horrid run in the recent past as he scored 683 runs in 29 Test innings at an average of 24.4 since 2020.

Rahane was once again dismissed after scoring four runs in the second innings of the opening Test match at Kanpur on Sunday by Ajaz Patel. The right-hander played for the spin, which wasn’t there, and was plumbed in front of the wickets by the left-arm orthodox spinner.

In fact, Rahane had got off to a start in the first innings as he had scored 35 runs but failed to convert it to a substantial score. The right-hander has been struggling to deliver the goods and has failed to come up with his best in the middle order.

VVS Laxman said while talking to Star Sports, “Absolutely, he is not decisive (while deciding whether to play on the front foot or the back foot). If your feet stay rooted to the ground, then you are forced to play from the crease. Just take a look at the way Ajinkya Rahane was dismissed today.”

He added: “The main problem with Ajinkya Rahane is the initial step, something we also call the “baby step”. If the baby step falls onto the toe or the heel, then your leg gets stuck. From that position, you cannot move at all. That is why Rahane often plays a full delivery on the back foot.”

Laxman added that Rahane’s inability to rotate strike at regular intervals is also leading to his downfall at the top level as he is getting bogged down at one end.

“Another issue is that you cannot rotate the strike. If your strike rotation is poor, you are forced to play the big shots. In Indian conditions against spinners, you cannot solely depend on defense and fours and sixes. Strike rotation is important,” he added.

Rahane has had a poor run in Test cricket in the last five years as he has been averaging 32 in his previous 50 Test matches. Thus, the right-hander needs to turn the tables as he is under the pump to perform at his best.