Home » Cricket » IND vs NZ 2021: Ajinkya Rahane will get one more chance in Mumbai, unfortunately Shreyas Iyer might miss out – VVS Laxman

IND vs NZ 2021: Ajinkya Rahane will get one more chance in Mumbai, unfortunately Shreyas Iyer might miss out – VVS Laxman 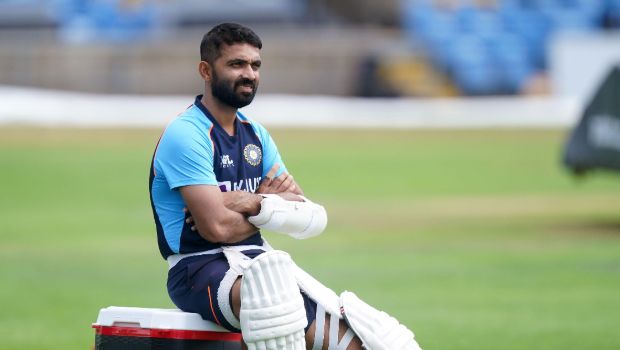 Former Indian batter VVS Laxman reckons veteran batsman Ajinkya Rahane will get one more chance in the second Test match which will be played in Mumbai when Virat Kohli will get back into the team.

Laxman feels Shreyas Iyer, who made a fantastic debut in the opening Test at Kanpur will, unfortunately, miss out.

Ajinkya Rahane has been struggling with his form as he has scored 683 runs in the last 29 innings at an average of 24.12. Consequently, a lot of cricket boffins have raised doubts about Rahane’s selection in the playing XI.

“Yes, it’s going to be a tough choice because of the way he batted, the way he rescued the innings. The way some of those batters got out in the morning session, it’s certainly a selection dilemma,” Laxman told Star Sports on Sunday.

“You want someone in Mumbai to play in good form. However, I think there is an unwritten rule that whoever is injured or whoever misses out… the senior player, in this case, Virat Kohli, will return and senior players Ajinkya Rahane and Cheteshwar Pujara who haven’t been in great form, especially Ajinkya Rahane will still get one more chance in Mumbai. “I don’t think Rahul Dravid or Virat Kohli will leave out Rahane,” he added.

On the other hand, Iyer scored a fine knock of 105 runs in his maiden Test innings and became the 16th Indian player to score a Test century on debut. Subsequently, he followed it with another good knock of 65 runs and thus became the first Indian player to score a century and a fifty in his debut Test match. Ergo, it will be hard on Shreyas Iyer if goes on to miss the second Test despite making a dream start to his Test career.

Laxman added: “Unfortunately, it will force the team to leave out someone who has had a fantastic debut. It will be unfortunate but I think that has been the rule as far this Indian team is concerned.”

“You can’t deny a player like Shreyas Iyer a Test match after a hundred and fifty. For me, unfortunately, Ajinkya Rahane misses out,” Doull said.

“I understand that talk about loyalty but loyalty lasts only a certain amount of time. They have shown an immense amount of loyalty in Pujara and Rahane. Pujara has gone 39 innings at No. 3 without a hundred.

“So he has had a fair crack at it. Rahane’s average has dropped from nearly 50 to under 40. He scored only one fifty in England. I think he has had his time,” he added.