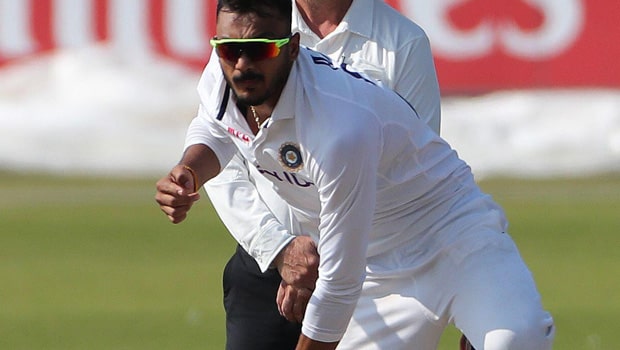 India’s rookie Test all-rounder Axar Patel has had a dream start to his red-ball career. Patel, who is only four Test matches young at the top level, has already scalped 32 wickets. The left-arm orthodox spinner picked his fifth five-wicket haul against New Zealand in the first innings of the opening Test match at Kanpur as he returned with figures of 5-62.

Patel is well known for his accuracy and he is mostly right on the money with his line and length, which has played a key role in his early success. The left-arm spinner has a decent record in the domestic circuit as he has snared 162 wickets in 43 first-class matches at an average of 24.66.

Patel is deemed as a white-ball specialist by a lot of experts but he doesn’t agree with the same as he has been a consistent performer in the red-ball version in the domestic circuit.

In fact, Axar Patel made his ODI debut back in 2014 but it made his Test debut earlier in the year against England in 2021. Patel made a fine start to his career as he scalped 27 wickets in three Test matches and grabbed his opportunity in the absence of Ravindra Jadeja.

​​“I don’t know who said I am a white-ball player. Whenever I have played first-class cricket or for India A, I have performed well. I never thought that I was a white-ball player. It’s all about the mindset, whether you think of yourself as a white-ball or red-ball cricketer. For me, I was waiting for an opportunity to perform (in Test cricket). And when I got a chance during the England series, I did well. I would give credit to the team for placing faith in me and giving me a chance,” Axar said in the post-match presentation.

Patel advised the Indian batters to keep their patience and put the bad balls away as it is not the easiest of pitches to bat.

“There isn’t any uneven bounce as such. An odd ball is either turning or keeping low. If they start bowling a disciplined line and keep patience then only our batters can face some trouble. I will advise our batters to keep patience and put the bad balls away,” he said.

Meanwhile, Indian bowlers remained wicketless in the first innings for 66.1 overs as New Zealand openers – Tom Latham and Will Young – added 151 runs for the opening alliance. Patel gave credit to Ajinkya Rahane and Rahul Dravid for maintaining calm in the dressing room despite no success in the wickets column.

“Obviously, if you don’t get a wicket for 67 overs, it’s tough but dressing room was calm as Ajju bhai and Rahul sir kept a calm environment. They said we have to keep patience because if we get one, we will get a few more and then we can make inroads,” he said.