Home » Cricket » IND vs NZ 2021: Don’t think we could have done anything differently – Ajinkya Rahane

IND vs NZ 2021: Don’t think we could have done anything differently – Ajinkya Rahane 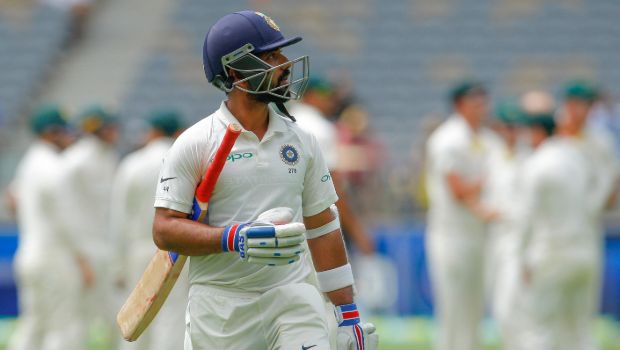 India’s stand-in captain for the first Test match against New Zealand, Ajinkya Rahane admitted that he doesn’t think the team could have done anything different at Kanpur after the game ended in a thrilling draw.

India needed a wicket to register a memorable win in the last 30 minutes of the game but Rachin Ravindra and Ajaz Patel were able to keep the Indian spinners at bay.

Rahane tried his best to rotate his bowlers but just could not manage the last wicket. The Indian skipper gave credit to the opposition for hanging in there for a tough draw.

On the other hand, India had declared their innings at 234-7 in the second dig and Rahane feels the timing of the declaration was perfect as they were themselves under the pressure and needed a cushion of some extra runs to be on the safe side.

Ajinkya Rahane said while talking in the post-match presentation, “Not really. I tried my best. A very good game of cricket, they played really well. We came back really well after the first session. We wanted to get that partnership going. We were looking to bowl 5-6 overs in the end, but we needed that partnership to carry on. I don’t think we could have done anything different. The chat with the umps was about the light. As a fielding team, you want to bowl more overs, as a batting unit you don’t want to bat in that situation. The chat was about the light, but umpires made the call and I thought they were right. I thought on this wicket the spinners had to bowl long spells. It was all about rotating the bowlers and they bowled really well”.

Furthermore, Rahane heaped praise on Shreyas Iyer, who made a fantastic debut for the Indian team. Iyer scored a fine century (105) in his debut innings and then followed it with another fifty (65) in the second innings.

Thus, he was awarded the Player of the match for his fine show. However, Rahane didn’t comment on what could be the team’s combination in the second Test with Virat Kohli returning to the set-up and Iyer also grabbing his chance.

Rahane concluded, “I am really happy for Shreyas. He had to wait a long time for his Test debut. He batted really well. The way he works, his record in FC cricket is really good. Virat is coming back for the next game. We’ll have to wait and see till the Mumbai game. I am not going to make any comments but the management will make a call”.

The second Test match will be played at Wankhede Stadium, Mumbai.