IND vs NZ 2021: Dravid told me KS Bharat had good keeping skills, next only to Wriddhiman Saha in Indian Cricket – VVS Laxman 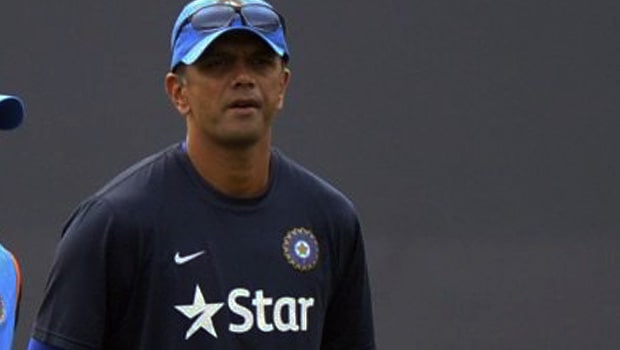 Former Indian batter VVS Laxman has revealed that the current coach Rahul Dravid told him earlier that KS Bharat has good keeping skills and he is next only to Wriddhiman Saha in Indian cricket. Saha is known to be India’s best wicket-keeper but he could not take the field due to a stiff neck on the third day of the first Test match at Kanpur.

In place of Saha, KS Bharat took over the wicket-keeping gloves as a substitute and was brilliant behind the stumps. Bharat took a fine catch to dismiss Will Young and caught the ball despite the low bounce.

Subsequently, Bharat took another magnificent catch when Ross Taylor edged the ball. Bharat once again kept his cool when he stumped Tom Latham despite the deflection.

“I still remember Rahul Dravid raving about KS Bharat’s wicketkeeping skills. He told me that Bharat has good keeping skills, next only to Wriddhiman Saha in Indian cricket. “It’s good to see him repaying the faith the selectors and the head coach. I think he has justified the confidence showed in him by the selectors and the coach,” Laxman said on Star Sports after the day’s play.

“In these quality spin conditions, if you don’t have a reliable wicketkeeper then you’re going to miss a lot of chances. What we saw today was great technique and great presence of mind, he didn’t panic at all for someone who has come into this team recently and got to play only because Saha was injured. “Fantastic experience for Bharat, this will give him a lot of confidence going forward in his career,” Laxman added.

Srikar Bharat was able to grab his opportunity with both hands and kept brilliantly behind the stumps. With Saha not being able to deliver the goods with the bat in the first innings, Bharat has definitely made a case for himself to be picked in the team’s final XI for the second Test match, which will be played in Mumbai.

It isn’t the easiest of pitches to keep wickets on, as the ball is keeping low but Bharat made great use of his domestic experience of playing for Andhra Pradesh.