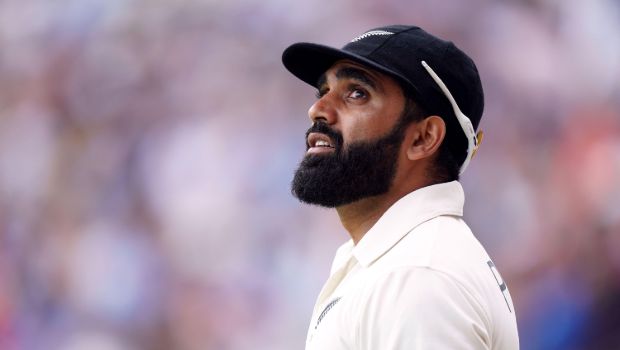 Rachin Ravindra played a key role in helping New Zealand draw the Test match as the left-hander faced 91 balls for his unbeaten knock of 18 runs.

Ravindra had come to the crease when New Zealand was in a spot of bother but the southpaw played the Indian spin trio with aplomb. Ajaz Patel also played his part as he faced 23 balls at the fag end of the second innings.

On the other hand, William Somerville also impressed with the bat. Somerville was sent out to bat as a night watchman on the penultimate day and batted beautifully to keep the Indian bowlers at bay.

The right-hander scored 36 runs off 110 balls and played a big role in the draw as New Zealand scored 75 runs in the opening session on the final day without losing any wicket. Thus, the alliance of 76 runs between Tom Latham and William Somerville laid the foundation of the draw for the Kiwis.

Kane Williamson said while talking in the post-match presentation, “It has been touch and go around this time throughout the game. A terrific game overall. All three results were still at play. We showed a lot of heart to bat through the day. Some fantastic experiences for Rachin, Ajaz, and Somerville. It was also nice to have a crowd here to see this game. The two fast bowlers that did play were outstanding. Bowling long overs was an unbelievable effort. We know this Indian side is a very strong one. The experience overall in this game was good to have. There are things to touch on. Getting the overs under the belt was good to have. We have to prepare for a different kind of pitch in Mumbai”.

Furthermore, Tom Latham, Will Young, Tim Southee, and Kyle Jamieson came up with brilliant performances for the tourists in the opening Test.

The second Test match will be played in Mumbai from December 3.