Home » Cricket » IND vs NZ 2021: Freedom with which Rohit Sharma batted in the T20I series was impressive, says Gautam Gambhir

IND vs NZ 2021: Freedom with which Rohit Sharma batted in the T20I series was impressive, says Gautam Gambhir 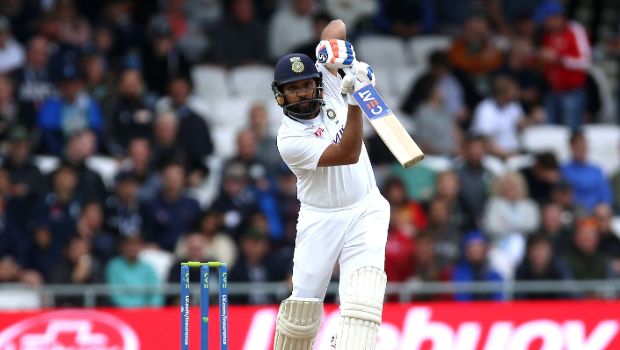 India went on to clinch the series by 3-0 and Rohit Sharma played a key role both as a batter as well as a captain.

In fact, it has been noticed in the past that Rohit mostly adopts a sedate approach in his batting. However, Rohit was more aggressive in his batting approach against the Kiwis. The talisman scored 159 runs in three matches at an impressive average of 53 and a whirlwind strike rate of 154.37.

Thus, the flamboyant batsman was awarded the Player of the series for his prolific performance throughout the series. The right-hander also scored two fifties and he was able to hit the ground running.

“He has done it (scoring big) year after year. It’s good that it’s coming while he is the full-time captain. Performing the way he did is a huge positive. Because sometimes captaincy can take the freedom out of your game but it didn’t happen with Rohit,” Gambhir told Star Sports.

“Yes, he has captained previously as well but wasn’t the full-time captain. This series showed his maturity and what he has done in this series is no surprise. But what was impressive is the way he played with a lot of freedom despite being announced as full-time captain,” he added.

On the other hand, Rohit Sharma is well known for his astute captaincy in the shortest format of the game. Gambhir was impressed by Rohit’s leadership in the T20I series against the Blackcaps and added that he made the right changes at the right time.

“Very, very good captaincy from Rohit Sharma. Bringing on Axar Patel in the 3rd over and getting Yuzvendra Chahal in the 4th over. These are small, small things, sometimes, you might just miss. But this is what captaincy is all about, always staying ahead of the game and he got the results.

“He is someone who won 5 titles in the IPL and now he has started off this series with a clean sweep. So this is what captaincy does in T20I cricket,” Gambhir added.

Rohit has been rested from the two-match Test series against New Zealand. The first Test will be played in Kanpur from November 25.