Home » Cricket » IND vs NZ 2021: Happy with the performance but a win would have been icing on the cake – Shreyas Iyer 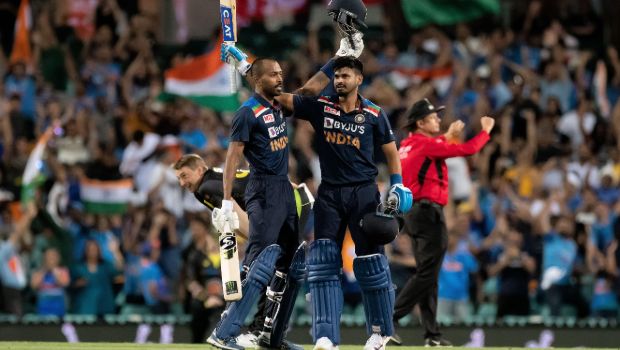 India’s debutant Shreyas Iyer was delighted with his own performance in the opening Test match against New Zealand at Kanpur but feels a win would have been icing on the cake.

The opening Test ended in a draw after Rachin Ravindra and Ajaz Patel kept the Indian bowlers at bay in the last 30 minutes of the game on the final day.

Iyer has a good record in first-class cricket and he was able to grab his opportunity at the top level. The right-hander played two crucial knocks in the first Test and got the runs when the team was under the pump in both innings.

Thus, this performance will certainly add a shot in the arm for Iyer, who has started his Test career on a bright note.

Shreyas Iyer was also awarded the Player of the Match for scoring a total of 170 runs in his debut Test. Iyer said in the post-match presentation, “It’s a great feeling, but would been the icing on the cake if we had won the game. You can see that the pitch is still intact. We bowled really well. The mindset was to play sessions and play as many balls as possible. People say I am a flamboyant player, don’t curb my instincts, but I was just looking to play as many balls. Enjoyed batting with Ashwin and Saha. Happy with the overall performance of the team. The pressure is always there. They got off to a great start. Once we got a sniff and got quick wickets, we made the best use of the situation”.

Iyer scored 105 runs in the first innings and then scored another vital knock of 65 runs in the second essay. The 26-year old should be able to keep his place in the team’s playing XI for the second Test with Indian skipper Virat Kohli also returning back to the squad.

Iyer will look to continue his good form in the second Test and keep up the good show. The second Test match will be played at Wankhede Stadium, Mumbai from December 3.