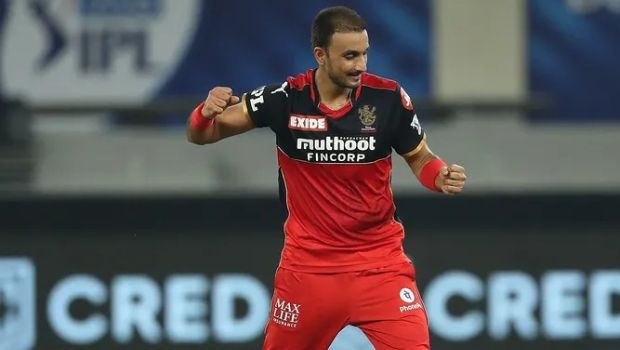 India’s wicket-keeper batter Dinesh Karthik reckons Harshal Patel can replace Mohammed Siraj in the second T20I against New Zealand, which will be played at JSCA International Cricket Stadium Complex in Ranchi on Friday.

Siraj had an expensive outing in the first T20I in Jaipur as he conceded 39 runs in his quota of four overs and could only take one wicket.

On the other hand, Harshal Patel had impressed while playing for Royal Challengers Bangalore in IPL 2021. Patel scalped 32 wickets in 15 matches at an impressive average of 14.34 and conceded his runs at an economy rate of 8.14 and finished as the highest wicket-taker of the tournament.

The medium-pacer bagged the Purple cap award and was also awarded the Most Valuable Player of the tournament. Patel also bagged a hat-trick against Mumbai Indians and became only the third RCB bowler to take three wickets in a row for RCB. Patel’s 32 wickets in a season are the joint-most in an edition as he leveled with Dwayne Bravo’s record.

Patel had impressed with his ability to bowl slower yorkers and he was mostly right on the money in the IPL 2021 for RCB and played a key role in the team’s qualification to the playoff stages.

“Both of them are bowling at the best of their careers so far… So you can blindly play any one of them. I personally feel Harshal Patel will be better because obviously, you know, the change of pace in Ranchi [which is a] slightly slow wicket,” Dinesh Karthik told Cricbuzz.

“Avesh Khan is very good with slower ones as well but Harshal Patel is bowling with such good rhythm that you want to give him the opportunity and see what he brings to the table. But another way you look at it is – you have somebody who bowls 135 in Deepak Chahar and Bhuvi. If you want someone with more pace then the option is Avesh Khan. It’s a good headache to have…” Karthik added.

Meanwhile, India had taken a 1-0 lead in the series as they won the first T20I by five wickets. The second T20I will be played today in Ranchi.