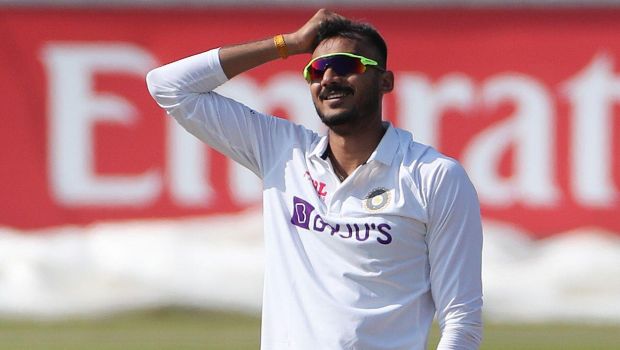 Patel, like Herath, is mostly right on the money and relies on his accuracy to get his dismissals. The left-arm orthodox spinner is not a huge turner of the ball and bowls stumps to stumps to get his wickets.

Patel has had a dream start to his Test career as he has scalped 33 wickets in four Test matches he has played thus far. The left-arm spinner from Gujarat had a great opening Test match against New Zealand at Kanpur as he scalped his fifth five-wicket haul as he returned with figures of 5-62 in the first innings. Patel also scored a vital knock of 28 runs in the second dig and took one wicket.

The Indian all-rounder hogged the limelight in his maiden Test series as he scalped 27 wickets in three Test matches he played against England earlier in the year. Thus, Patel has taken Test cricket like fish to water and it all seems easy for him at the moment.

While speaking on his YouTube channel, Hogg said: “Axar Patel reminds me of Rangana Herath. The advantage he has over Herath is his height. His strengths are control over line and length and his control of change in pace. When he is bowling to a right-hander, he comes around the wicket and is always attacking the stumps.”

Hogg added: “He’s not giving the batsman any relief, very rarely you see him bowl a poor bowl outside off-stump. He makes the batsman work hard for runs.”

As Patel mostly bowls right on the stumps, not a lot of batters take the risk of playing the sweep shot against him, which is highly effective in the Indian conditions.

“Because he is attacking the stumps all the time, if the batsman wants to play the sweep shot, it is very hard to control with his extra height. Very rarely do batsmen play sweep shots off him because it brings the top edge and LBW into play.”

Patel will look to continue his good form in the upcoming matches. The second Test match between India and New Zealand will be played at Wankhede Stadium, Mumbai from December 3.