Home » Cricket » IND vs NZ 2021: He should be certain – Sanjay Bangar on Mayank Agarwal being India’s 3rd opener for South Africa tour

IND vs NZ 2021: He should be certain – Sanjay Bangar on Mayank Agarwal being India’s 3rd opener for South Africa tour 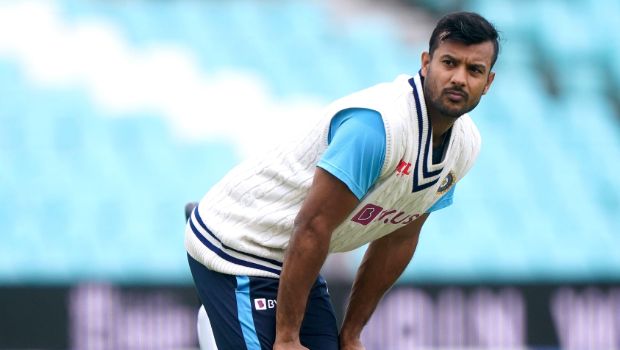 Agarwal could not deliver the goods in the opening Test match against New Zealand and there were question marks on his selection. However, the Karnataka batter was able to show his class and made great use of his feet to score against the New Zealand spinners in the second Test match.

India posted 325 runs in the first essay and almost half of the runs were scored by Mayank Agarwal, who played with aplomb. Agarwal was able to grab his opportunity in the absence of KL Rahul and Rohit Sharma, who are expected to be India’s first-choice openers on the tour of South Africa as they had done a fine job in England series.

In fact, Agarwal has been out of the Test team for a while after Shubman Gill was able to grab his opportunity in the Border-Gavaskar series against Australia. However, the flamboyant batter played a crucial knock and brought his fourth Test hundred, which will add a shot in his arm.

Sanjay Bangar said while talking to Star Sports, “He should be certain. We hope that India has such an opener in the reserves who has found back his concentration and focus outside off stump. He is anyway an expert against the spinners and scores big runs.”

Bangar observed: “It is a thing of temperament because if a player can play a long innings and if he is at the top of your order, he can create a good foundation for your team to post a big score in the first innings.”

Meanwhile, Agarwal’s fitness was also tested as he batted on all three days and there was only a gap of 28 overs as New Zealand were skittled out for a paltry score of 62 runs in the first innings.

“His fitness was also tested because he batted all three days and the gap between India’s two innings was only 28 overs, so he did not get much time and because of that, he went to the physio repeatedly. But it was a special Test match for him and the hope is that he will get chances like this going forward as well.”

In fact, Agarwal was expected to be India’s first-choice opener in the series against England as Shubman Gill was ruled out due to injury but the Karnataka batter was sidelined due to concussion and KL Rahul was able to grab his chance.

“He is a player who would have opened for you in England as well because KL Rahul was the designated middle-order batsman. He was unfortunately hit on the head while batting in the nets and because of that he had to miss the Test match and then he did not get an opportunity at all because KL Rahul and Rohit Sharma batted fantastically well.”