Home » Cricket » IND vs NZ 2021: I could challenge both edges – Ravichandran Ashwin on bowling at Wankhede

IND vs NZ 2021: I could challenge both edges – Ravichandran Ashwin on bowling at Wankhede 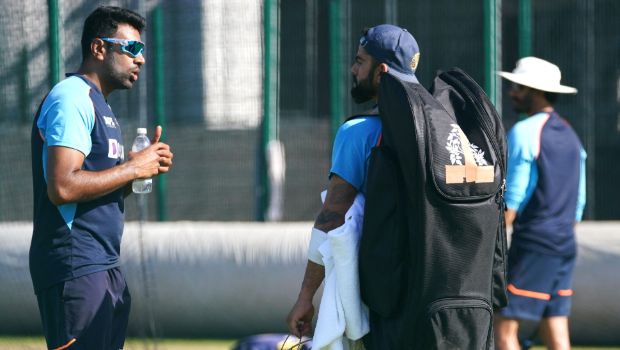 The Wankhede pitch was a paradise for any spinner and Ravichandran Ashwin was able to make the most of extra bounce and spin which was on offer from the opening day of the Test match.

Ashwin scalped eight wickets in the second Test against New Zealand and played a key role in taking his team to a massive victory of 372 runs, which is India’s biggest Test win in terms of runs.

The veteran off-spinner returned with 4-34 in the second innings as he once again bowled at the top of his game. Ashwin had also scalped four wickets in the first essay and his spell had helped the team in bundling out the opposition for a mere score of 62 runs in the first innings.

Furthermore, Ashwin was able to bag a few records under his belt. He became the second-fastest player to take 300 Test wickets in the home conditions, getting to the milestone in 49 Test matches. Sri Lanka’s former legendary spinner Muttiah Muralitharan is the fastest to 300 home Test scalps as he got there in 48 Tests.

Ashwin gave credit to Ajaz Patel, who scalped a 10-wicket haul in the first innings and became only the third player in the history of Test cricket to achieve the special milestone.

Ashwin said in the post-match presentation, “I think I’ve got 10 (Player of the Series awards now). I enjoyed Wankhede honestly, and everyday there was something new, and I could challenge both edges. It was a wonderful performance by Ajaz. It doesn’t spin all the time in Wankhede, and he used the seam and put the ball in the right places, and there was a bit of destiny involved in his 10-for too. Jayant and I have trained together, he flew to Chennai from Haryana in 2014 to pick my mind, so we have a good relation. Axar and I have played since Kings XI. I would like to go to South Africa and win a series there, we haven’t done that before, and hopefully, we can do it this time”.

Ashwin has been a consistent performer for the Indian team, especially in the home conditions as he has ticked the right boxes. The experienced spinner will look to continue his good show on the tour of South Africa, where India will play three Test matches and as many ODIs.