Home » Cricket » IND vs NZ 2021: I didn’t expect the ball to reverse that early – Shubman Gill

IND vs NZ 2021: I didn’t expect the ball to reverse that early – Shubman Gill 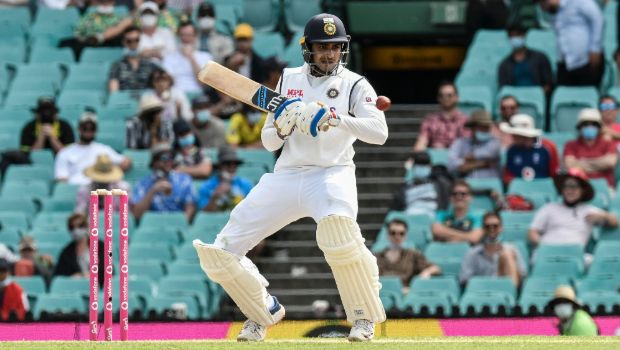 India’s opening batter Shubman Gill’s woes against an incoming delivery continued as he rattled by New Zealand quick Kyle Jamieson in the first over after the Lunch break.

Gill was well settled at the crease after scoring a good knock of 52 runs in the first innings of the ongoing Kanpur Test but a gulf between his bat and pad led to his dismissal.

The youngster chopped the ball back onto his stumps and missed out on the opportunity to convert his start into a substantial score. Gill admitted that he didn’t expect the ball to reverse that early as he was dismissed in the 30th over.

“Cricket is all about reading the conditions. Not that it’s difficult to know when the ball starts reverse swinging and especially after lunch, I didn’t expect the ball to reverse swing that early in the game.

But that’s the things about Test cricket, you have to read the conditions really fast and in this particular innings, I was not able to read that ball that well,” Gill said at the press conference after the end of day’s play.

Meanwhile, there were talks before the series that Gill could bat in the middle order. However, as KL Rahul sustained an injury, Gill got a chance to open the innings with Mayank Agarwal. The Punjab batter reckons it is about being mentally ready for any role in the batting order.

“I have opened for my state team, but for India ‘A’ and the first-class matches that we have played across other countries, I have batted in the middle order as well. Obviously there is a little bit of tweaking [between] when you play as an opener and when you play as a middle-order batsman, but I think it’s more on the mental side of things rather than technique or anything as such,” Gill said.

Gill gave a good start to the team as he scored his fourth Test fifty. The right-hander also had the rub of the green on his side as New Zealand didn’t appeal for a LBW when he had pranced down the wicket to Ajaz Patel.

India finished with 258-4 after fifties from debutant Shreyas Iyer and Ravindra Jadeja and the hosts will look to build on the same on Day two.