Home » Cricket » IND vs NZ 2021: I try to stay a step ahead of the batter about what he is trying to do, says Axar Patel

IND vs NZ 2021: I try to stay a step ahead of the batter about what he is trying to do, says Axar Patel 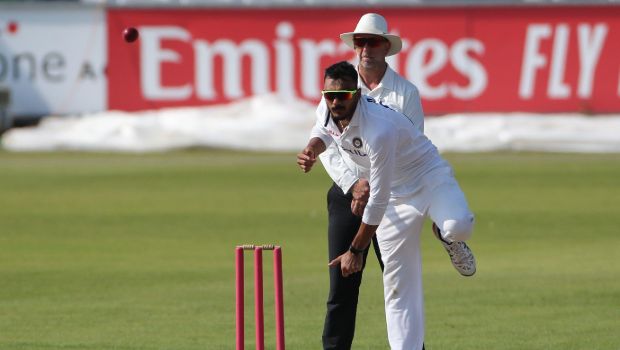 India’s all-rounder Axar Patel said that he tries to stay a step ahead of the opposition batter and tries to read the batsman’s mind of what he is trying to do.

Patel revealed that he used to bowl quicker after he was hit for boundaries in the past but now he tries to vary his pace to outfox the batter.

The left-arm orthodox spinner scalped three wickets in the final T20I and conceded only nine runs in his three overs against New Zealand at the iconic Eden Gardens, Kolkata on Sunday and helped his team skittled out the opposition for a paltry score of 111 runs. Thus, Team India registered a massive win of 73 runs to clean sweep the three-match T20I series.

Patel was awarded the Player of the match for his fine performance in the final game. Moreover, the spinner from Gujarat snared four wickets in the three-match series and conceded his runs at an economy rate of six.

Patel also added that picking 27 wickets in three Test matches against England earlier in the year gave him a lot of confidence. The off-spinner added there was help for the spinners on the track as the ball was stopping.

Axar Patel said in the post-match presentation, “Earlier when I got hit, I used to bowl quicker and quicker. Now I try to vary my pace. I try to stay a step ahead of the batter about what he’s trying to do. There was help on this wicket. The ball was stopping. So I just tried hitting good areas because the wicket had some help. Want to take this confidence forward. Obviously, if you take 27 wickets in a series, you feel like you can do anything (Tests against Eng)”.

Axar Patel has definitely taken giant strides in his career and he has certainly improved his bowling. The left-arm spinner also had a successful season for Delhi Capitals in IPL 2021 as he scalped 15 wickets in 12 matches and conceded his runs at an economy rate of 6.65. Ergo, he is ticking the right boxes as a spinner.

Patel will look to continue his good form in the upcoming Test series against New Zealand. The first Test match will be played in Kanpur from November 25.