IND vs NZ 2021: India should have declared earlier – Aakash Chopra 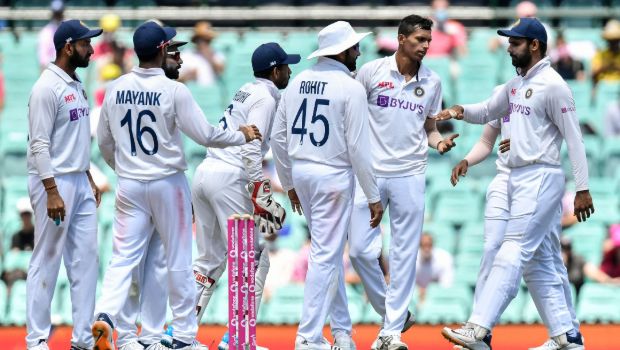 Former Indian opener Aakash Chopra reckons Team India should have declared earlier in the second innings of the opening Test match against New Zealand at Kanpur.

India decided to declare their second dig at 234-7 after getting a lead of 283 runs. The hosts were able to take New Zealand’s nine wickets in the second match and thus the match ended in a draw.

Chopra added that the Indian team had the runs on the board but didn’t have enough overs in the end. The renowned commentator also feels that Wriddhiman Saha and Axar Patel could have accelerated a bit early and a bit more before Ajinkya Rahane decided to call them back.

“That’s exactly what happened. You had runs but not the overs; one wicket was required and you couldn’t take that.”

Thus, India was able to get only four points for a drawn match and missed out on an opportunity to add 12 points to their ledger. Furthermore, as it was a home game for the Indian team, it was a big chance missed for the home side.

“This is the interesting thing about the World Test Championship that there are 12 points for a win, nothing for losses, six for a tie, and four for a draw.

“If you are getting just four points in a Test at home, then with percentage points [system] you got just 33%. That’s not good enough because it’s possible that some series might get canceled due to Covid, anything can happen.”In such a scenario these percentage points matter a lot. And in home conditions, you have to grab them 100%. If you don’t then you’ll be in trouble.”

On the other hand, Rahul Dravid and Ajinkya Rahane feel that they had timed the declaration on time as they were already under pressure with the bat at the fag end of their second innings. Axar Patel and Wriddhiman Saha were able to add some crucial runs in the final stages of the innings.

The second Test match will be played at Mumbai from December 3.