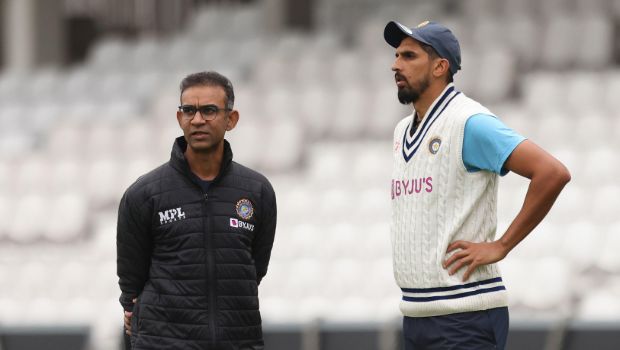 Ishant Sharma, in his last four Tests, has picked up only eight wickets and bowled a total of 109.2 overs. The lanky fast bowler went wicketless in the opening Test match against New Zealand at Kanpur.

Ishant has all the experience under his belt but his record in the Indian conditions hasn’t been great. Furthermore, the experienced fast bowler played two Test matches against England in which he took five wickets at an average of 34.50.

As Ishant didn’t get to play a lot for Delhi Capitals in the IPL 2021, he has been short of match practice.

“Honestly, there are many positives we can take from the first Test. Obviously, we did not win the match. It did not happen but I was very happy with the effort. It was not an easy wicket, we were unlucky at times. There was not much bounce on the wicket, a couple of edges did not carry. Had that happened, it would have been a different result. Overall, I am extremely happy with the effort everyone put on that wicket,” Mhambrey said during a virtual press conference.

“Ishant has not played much cricket for a long time. He hasn’t played in the IPL and World Cup. That does make a difference, we are working on it. He has got enough experience under his belt, it makes a difference to have him in the dressing room. He is a great help. He needs a couple of games under his belt to regain his rhythm,” Mhambrey opened up on Ishant Sharma’s form.

On the other hand, the first Test ended in a draw after India could not take the final wicket of New Zealand in the second innings as Rachin Ravindra and Ajaz Patel showed great resistance. The second Test will be played in Mumbai from December 3.