Home » Cricket » IND vs NZ 2021: It is fascinating to see how Ravindra Jadeja gets preferred over Ravichandran Ashwin – Daniel Vettori

IND vs NZ 2021: It is fascinating to see how Ravindra Jadeja gets preferred over Ravichandran Ashwin – Daniel Vettori 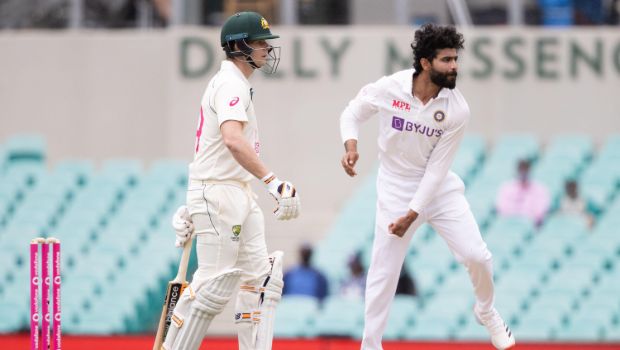 Former New Zealand captain Daniel Vettori stated that it is surprising to note how Ravindra Jadeja gets preferred over Ravichandran Ashwin in India’s playing XI in Test matches.

Jadeja had played all the four-Test matches against England while Ashwin could not even get a chance in any of the Test matches, which surprised a lot of experts.

Jadeja has been preferred ahead of Ashwin because of his improved batting credentials. However, Jadeja’s performance with the ball has gone down in the last couple of years.

On the other hand, Ravichandran Ashwin was at his lethal best in the opening Test match against New Zealand at Kanpur. The talismanic spinner scalped a total of six wickets and scored vital runs while batting down the order. Ashwin scored 38 runs in the first innings and then followed it with another crucial knock of 32 runs in the second dig.

Furthermore, Ashwin was able to leapfrog Harbhajan Singh’s tally of 417 Test wickets and now has 419 wickets under his bag. Thus, Ashwin is now the third-highest wicket-taker for the Indian team in Test match cricket.

“I think for someone who has been so dominant in so many different scenarios for India. He is so reliable, particularly in home conditions. The pace at which he takes wickets is phenomenal. The way he has evolved… his variations… the bowler that he was to the bowler that he has become. He is always learning, always trying to get better,” Vettori said on ESPNCricinfo.

“All this while he is one of the best spinners for India and in world cricket, he regularly gets dropped. It is fascinating to sit back and see a guy who averages over five wickets in a Test and is a consistent match-winner gets left out of the team, and how Jadeja gets preferred over him. But he keeps coming back. He is far from done,” added Vettori.

Ashwin has been a champion performer for the Indian team over the years and his record in Indian conditions has been incredible. The ace all-rounder will look to continue his good show for the team and he also made a resounding comeback in the shortest format of the game.

The second Test match between India and New Zealand will be played at Wankhede Stadium, Mumbai on December 3.