Home » Cricket » IND vs NZ 2021: It is important that we keep our expectations reasonable, says Gautam Gambhir on Rahul Dravid’s tenure

IND vs NZ 2021: It is important that we keep our expectations reasonable, says Gautam Gambhir on Rahul Dravid’s tenure 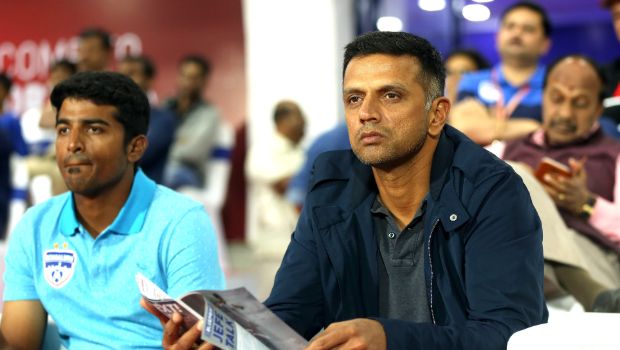 Since Rahul Dravid has taken over the head coach role for the national team, there have been lofty expectations from the former Indian skipper by fans as well as the media.

Former Indian opener Gautam Gambhir reckons it is important that we keep our expectations reasonable as it will take Dravid some time to have a deep impact on the team.

Dravid was well known for his work ethic during his heydays and he was regarded as the most hard-working player. Gambhir believes if Dravid can bring the same to the table as the chief coach of the Indian team, the side will benefit a lot from his vast experience.

Dravid had done a tremendous job as Under-19 and India A coach and he will look to replicate the same success in his tenure as head coach for the senior team.

While speaking to Sports Tak, Gambhir said: “See, I hope and pray that this era is a good one for Indian cricket, but it is important that we also keep our expectations reasonable. It is not like everything will be changed in the matter of a single day or a single series. But, the experience Rahul Dravid has with Rohit Sharma’s calmness, and if Dravid shares his experience and his discipline when he was a member of the team as a player and manages to put that work ethic into the squad, no doubt this era will be good since Dravid has experience playing at the big stages.”

Dravid has commenced his coaching stint on a high as India won the first T20I against New Zealand in Jaipur by five wickets on Wednesday.

There is no doubt that Dravid will look to get the best out of the team under the leadership of Virat Kohli and Rohit Sharma.

Meanwhile, India last won a major ICC tournament back in 2013 when MS Dhoni-led the team to glory in the Champions Trophy. However, since then India hasn’t gone all the way in any marquee event and Dravid will look to end India’s ICC trophy drought of the last eight years.

India will next face New Zealand in the second T20I in Ranchi.