Home » Cricket » IND vs NZ 2021: It was a disappointing performance from us – Tom Latham

IND vs NZ 2021: It was a disappointing performance from us – Tom Latham 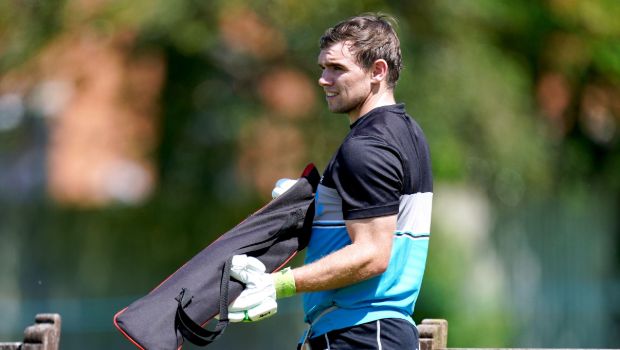 New Zealand stand-in captain Tom Latham admitted it was a disappointing performance from his team after they were beaten by a massive margin of 372 runs by India at the Wankhede Stadium, Mumbai on Monday.

It was always going to be a herculean task for the tourists to make a comeback after such a mundane performance with the bat in the first innings. India decided to bat again and gave a gargantuan target of 540 runs to the visitors as the hosts scored 276 runs in the second dig.

New Zealand was then skittled out for 167 runs in the second dig as they lost by a mammoth margin of 372 runs, which is India’s biggest win in terms of runs in Test cricket. Only Daryl Mitchell and Henry Nicholls were able to show gumption in the second innings for New Zealand and the visitors clearly missed the services of their full-time captain, Kane Williamson, who was ruled out with an elbow injury.

The tourists had crucial four points for a draw in the previous Test at Kanpur but they were completely dominated from the word go in the second Test match. The only positive in the second Test for New Zealand was the performance of Ajaz Patel, who became the third bowler in the history of Test cricket to bag 10 wickets in an innings.

Tom Latham said in the post-match presentation, “A disappointing performance from us. Credit to India for putting up a great performance. 62 all-out would always have set us back. You always want to bat first here, and it only gets worse for batting, and it wasn’t how we wanted it to pan out. Guys are able to step up in different conditions and we have managed to get a lot of depth. Very special game for Ajaz, only the third time in the history of the game has a man got all ten. We’re going to play Bangladesh after we get back home and we’re going to start preparation for that series ASAP”.

Meanwhile, New Zealand had also lost the T20I series by 3-0 against India and they will look to turn the tables in the series against Bangladesh.