Home » Cricket » IND vs NZ 2021: It’s lovely to see how Rohit Sharma has grown as a leader – Rahul Dravid

IND vs NZ 2021: It’s lovely to see how Rohit Sharma has grown as a leader – Rahul Dravid 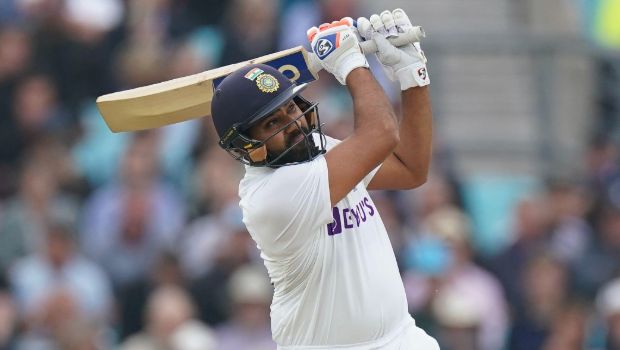 Dravid stated that it’s lovely to see how Rohit Sharma has grown as a leader over the years. Rohit has an impeccable record as T20 captain as he has led Mumbai Indians to five titles.

Thus, Rohit is the most successful IPL captain in the history of the tournament. Furthermore, Rohit had led the team from the front whenever he got the opportunity to captain in absence of Virat Kohli. Rohit had also led the team to glory to Nidahas Trophy and Asia Cup.

The talisman is known to keep a calm mind on his shoulder and he is expected to get the best out of the players as a leader.

Rahul Dravid recalled the time when he first heard about Rohit Sharma and knew he was always going to be a big player as he had the talent in him in the nascent stages of his career.

“We all knew that Rohit was going to be special. We could just see that this was a very very special talent. Working with him after so many years is something that I never thought about or I never envisaged. It’s just lovely to see the way Rohit has grown as a leader and as a person over the last 14 years or so. He’s truly been someone who has been an absolute credit to the game and the country.

“From what he’s achieved, both as a player and his success as a leader for Mumbai Indians, it has been phenomenal as well. Having to carry the legacy of Mumbai cricket and Indian cricket forward is not an easy one, and he has done it with a lot of grace and class.”

There is no doubt that Rohit Sharma has come a long way in his career and he will be expected to take Indian cricket to new heights in the shortest format of the game. India was recently knocked out of the T20 World Cup from the Super 12 stage and Rohit will aim to prepare a strong team for the next T20I showpiece.

India and New Zealand will take on each other on November 17 in Jaipur.