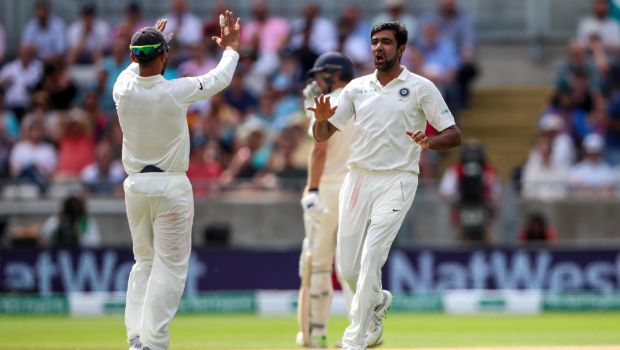 Ashwin went Harbhajan’s record when he took the wicket of Tom Latham as the left-hander chopped the ball back on the stumps.

Ashwin quoted the team’s head coach Rahul Dravid as he said that it’s the memories that matter more than taking wickets and making runs. The experienced spinner has been a consistent performer for the Indian team over the years and once again had a good game.

Ashwin scalped a total of six wickets in the match and scored vital knocks of 38 and 32 in each of the innings.

Ashwin said after the opening Test match ended in a draw, “These are milestones that are constantly kept on tab, it’s wonderful. Ever since Rahul Bhai has taken over, he’s kept saying that how many ever wickets you take, how many ever run you make in 10 years time, you won’t remember them. It’s the memories that matter so I want to have some special memories going forward in the next 3-4 years”.

On the other hand, Ashwin gave credit to Rachin Ravindra, who played a key role in helping New Zealand draw the Test match. The debutant faced 91 balls to score his 18 runs and played the Indian spin trio with aplomb in the testing conditions.

Ashwin added, “Getting down to the last session, the last mandatory over, I think it’s played its part, some wonderful Test cricket. The young boy, Ravindra, batted beautifully, showed great composure, Ajaz Patel with his defense. It just tells you a story. Everybody hangs in there, everybody can defend well these days, so it’s not as easy as it used to be once upon a time getting these tail-enders out. Great day of Test cricket, I hope people who watched it enjoyed it”.

Meanwhile, Ashwin added that he wants to play Test cricket and perform well in the pristine form of the game. Ashwin has been a big supporter of red-ball cricket over the years.