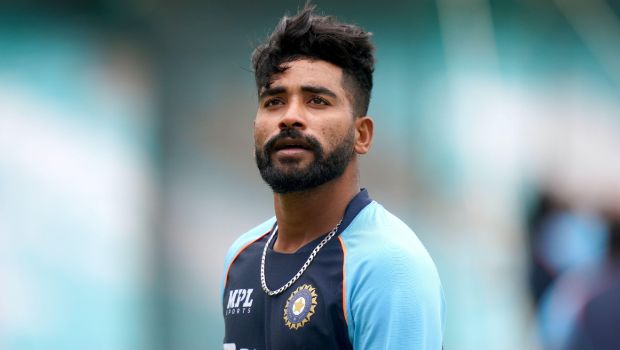 Former Pakistan skipper Salman Butt has heaped praise on Mohammed Siraj for making a fine start to his Test career.

Butt feels Siraj’s positive attitude gives him a different edge over other Indian fast bowlers. Siraj is still young in his Test career however the fast bowler from Hyderabad is known to give his 120% whenever he is given the ball by Indian skipper Virat Kohli.

Siraj scalped three wickets in the first innings of the second Test match against New Zealand as he wreaked havoc in his opening spell. The right-arm pacer dismissed Will Young, Tom Latham, and Ross Taylor and bowled with his tail-up as he consistently bowled above 140 km/h. Thus, he breathed down the neck of Kiwi batters with his accurate line and length.

Siraj was also on a hat-trick and marginally missed it as the ball pitched outside the leg-side against Henry Nicholls. In fact, all the 10 Indian wickets were taken by Ajaz Patel in the first innings but Siraj showed there was also help for the fast bowlers on the Wankhede pitch. Siraj returned with impressive figures of 3-19 and played a key role in dismissing New Zealand for a paltry score of 62 runs, which is the lowest for any team in India.

Butt feels Siraj is an impactful bowler and is a great addition to India’s potent pace battery.

“He looks like an impactful player. He is young, brings competition and energy to his game. His attitude is that of a pure fast bowler,” Butt said on his YouTube Channel.

“Often, we see that attitude missing among Indian fast bowling attack. You see that in only around 2-3 fast bowlers in India, the rest are all easy-going. So that attitude gives him a different edge,” said Butt.

Butt added that Siraj should be India’s first-choice fast bowler along with Jasprit Bumrah in the upcoming tour of South Africa as he will be lethal in those conditions.

“Bumrah, Shami and Siraj should be the first line of attack if they’re fit and ready to go,” Butt said. “He cannot be dropped. In South Africa, ‘hit-the-deck’ bowling has always been successful, and Siraj can also get movement off the seam. He has to play.”

Siraj had made an impressive start to his Test career as he scalped 13 wickets in three Test matches against Australia and played a key role in India’s triumph in Border-Gavaskar 2020-21 series.