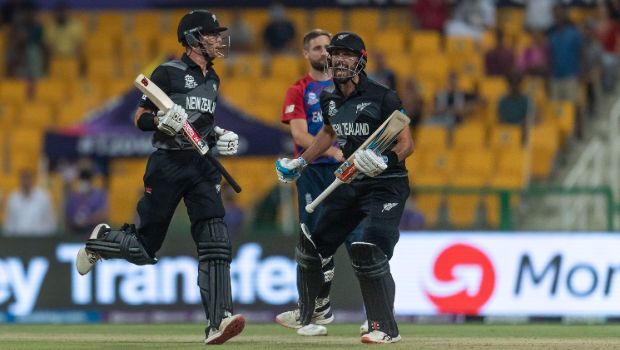 India’s former legendary batter Sunil Gavaskar believes New Zealand was timid in their batting approach on the final day of the Test match.

The Kiwis scored 75 runs in the opening session as Tom Latham and nightwatchman William Somerville batted at the top of their game and didn’t lose any wicket. Thus, they could have batted more proactively in the second session, which they didn’t and it surprised Sunil Gavaskar as the first session had gone wicketless.

The tourists were then lost three wickets in the second session which put them on the backfoot. As Kane Williamson and Co. adopted a defensive approach, the Indian spinners and captain Ajinkya Rahane were able to put more pressure on the opposition by getting close-in fielders.

India then scalped five wickets in the final session and was just one wicket away from the memorable win. However, New Zealand’s last batting pair of Rachin Ravindra and Ajaz Patel were able to bat for 52 balls and took their team to a much-needed draw.

“New Zealand managed to hold on by the skin of their teeth at Kanpur. Their timid batting after a terrific first session on the final day brought India back into the game, and once they started to get wickets in the second session, they simply piled on more pressure as they realized that the visitors were only keen on survival and not looking for a victory,” wrote Sunil Gavaskar.

“At lunchtime, Rahane and Dravid would have been a touch worried, for Latham and Somerville had set up a perfect platform for the following batsmen to play their normal game and take New Zealand home. Somerville fell to the first ball after lunch when Shubman Gill took a terrific catch running hard and diving forward,” Sunil Gavaskar wrote in his Times of India column.

In fact, one could argue that chasing 284 was always going to be difficult but New Zealand certainly could have batted more proactively to put some pressure on the Indian bowlers as they were 79-1 after the first session. However, the visitors decided to play for the draw and thus the Indian spinners were able to get on top.

The second Test match will be played at Wankhede Stadium, Mumbai from December 3.