IND vs NZ 2021: Pujara, Rahane will play important knocks for us in future – Vikram Rathour 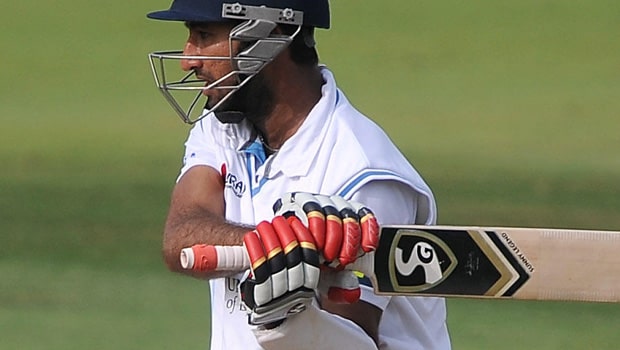 India’s batting coach Vikram Rathour has put his weight behind the team’s veteran batters Cheteshwar Pujara and Ajinkya Rahane. Both of these experienced players are under the pump as they haven’t been in the best of forms and a lot of cricket experts reckon that their place in the Test team is now questionable as they haven’t delivered the goods.

Pujara has gone 40 Test innings without scoring a hundred, which is the longest run for any batter in the World Test Championship. Rahane, on the other hand, has had his own struggle as he has scored 683 runs in his last 29 Test innings at an average of 24.4 since 2020.

Both of these players have all the experience under their belt but have failed to get going. Pujara could only score 22 runs in the second dig of the opening Test match against New Zealand at Kanpur while Rahane could only manage four runs.

However, Vikram Rathour has backed Pujara and Rahane to play important knocks for the team in the future.

“Of course we want our top order to contribute, but the cricketers you mentioned have played 80 and 90 Test matches so they have the experience,” Rathour said. “Of course to play that many games they must have done well for us. I understand both of them are going through a lean phase but they have played very very important knocks for us in the past, and we are pretty sure they will come back and play more important knocks for our team in the future as well.”

Rathour was asked how many Test matches can be given more to these two struggling batters to prove their mettle. Furthermore, Virat Kohli will join the squad in Mumbai and thus India might be forced to drop either Pujara or Rahane as Shreyas Iyer has grabbed his opportunity with both hands.

“I don’t think we can put a number to that,” Rathour said. “That really depends on the situation the team is in, and what the team requires.”