Home » Cricket » IND vs NZ 2021: Rahul Dravid is an absolute legend, would love to pick his brain, says Rachin Ravindra

IND vs NZ 2021: Rahul Dravid is an absolute legend, would love to pick his brain, says Rachin Ravindra 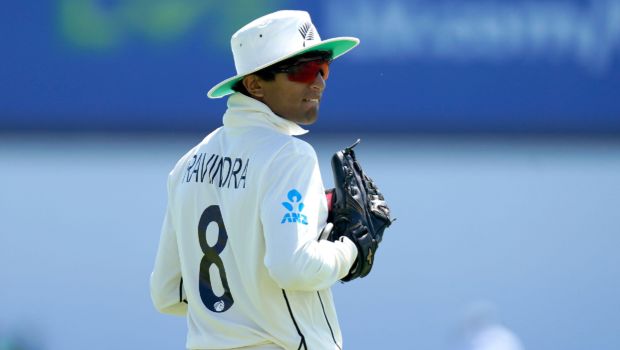 New Zealand’s all-rounder Rachin Ravindra heaped praise on India’s newly appointed head coach stating that he is an absolute legend of the game.

Ravindra also wants to pick Dravid’s brain and have a deep conversation with him regarding the game.

Dravid is well known for his humbleness and there have been many instances when he has had meaningful conversations with opposition players.

Meanwhile, Rachin was asked how his name originated in the press conference and whether it was named on two big Indian cricket greats – Rahul Dravid and Sachin Tendulkar. Ravindra was born to Indian parents – Ravi Krishnamurthy and Deepa Krishnamurthy- in Wellington.

“Honestly, I’m not too sure. I’ve never really asked mom and dad where the name came from… I guess you’d have to ask them,” he said.

Rachin has had the pleasure of interacting with Rahul Dravid as he made his New Zealand Under-19 debut in the 2016 World Cup and then also played for the Kiwis Under-19 team in 2018. Dravid was the head coach of the Indian Under-19 team during the same time.

“Yeah, Dravid is an absolute legend in the game and I played a bit of cricket against him when he was coaching in India A and a few series a couple of years ago when he came to New Zealand.

“He was coaching those guys and the India U-19 team. So it’s just awesome to interact with them a little bit. Obviously, I’d love to interact a little bit more during this series, but he’s an absolute legend in the game. So if I could pick his brains it would be amazing,” he said.

Meanwhile, the youngster who turned 22 on Thursday, could only score seven runs before he was bowled by Mohammed Siraj. The young lad added that it is a surreal feeling to play in India.

He added, “All sorts of nations always want to get a chance to play in India and I think it’s been a pretty surreal experience so far. This T20 is very special.”

The second T20I will be played in Ranchi.